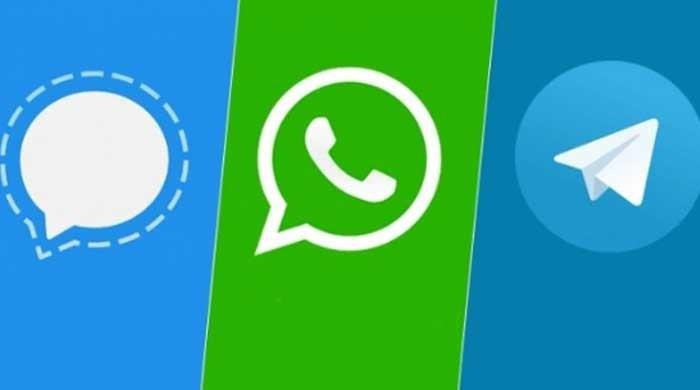 The world’s most-used messaging app, WhatsApp, has come under severe criticism after it announced on Wednesday that it will share data with Facebook forcing users to opt for alternatives.

The users have objected to the new data-sharing agreement because of Facebook’s record on privacy and security.

Amid the ongoing controversy over the new policy, Signal and Telegram have emerged as more reliable and secure modes of communication.

Here’s a look at the two alternative messaging platforms to WhatsApp:

Signal has seen a surge in users since the last couple of years, and has also been praised from the  likes of Edward Snowden.

The platform, which supports all the features as WhatsApp, can be downloaded from the App Store and Google’s Play Store.

The platform is an independent nonprofit, which means that development is supported purely by donations from users.

Just like WhatsApp, Signal relies on end-to-end encryption for messaging, based on the Signal Protocol, and does not keep records of the user’s metadata.

The app has put on an App Privacy label to assure users that the platform does not collect any user data.

The Wall Street Journal reported that Signal does not log much information (metadata) about the nature of the messages themselves.

“Signal makes it a point to keep as little data as possible while still being able to provide service,” said Carnegie Mellon University professor of computer science Lujo Bauer.

The other app that can be used as an alternative is Telegram. The platform like Signal and WhatsApp provides a cross-platform solution for messaging with end-to-end encryption.

The platform claims that it is more secure than WhatsApp as it relies on MTProto protocol.

“Telegram is more secure than mass market messengers like WhatsApp and Line. We are based on the MTProto protocol, built upon time-tested algorithms to make security compatible with high-speed delivery and reliability on weak connections,” says the platform.

It’s not just end-to-end encryption that the company uses, it says adding that the app also relies on a distributed infrastructure to ensure privacy.

“The relevant decryption keys are split into parts and are never kept in the same place as the data they protect,” the company explains.

Cambridge releases AS, A Level results