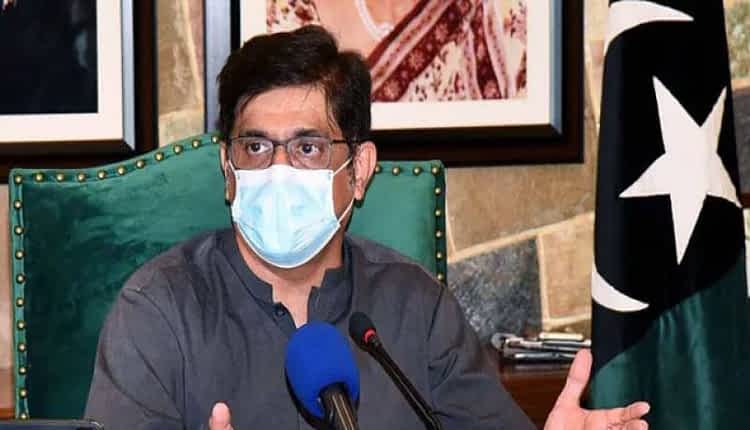 This decision was taken in the meeting held under the chairmanship of Sindh Chief Minister (CM) Syed Murad Ali Shah at CM House. The meeting was attended by provincial ministers, advisors, Chief Secretary (CS) Mumtaz Shah and other concerned secretaries.

The local government department presented Sindh Water Act 2020 in the cabinet. It has 11 chapters and three schedules.

Under the draft Act, Sindh Water Resource Commission has been established under the chief ministers. Chief Secretary will be its vice chairman, provincial ministers- finance, irrigation, environment, PHED, agriculture, industries, local government, forest and health would be its members. Chairman P&D and water experts would also be its board members.

Subsidy on fertilisers (DAP) for rice and cotton has been offered for 70pc of total area under cultivation at a rate of Rs1,500 per acre in which federal govt will pay 75pc share and Sindh govt share wil be 25pc

The powers and duties of the commission include water conservation, redistribution, augmentation of water resources in the province. It would be authorised to allocate water resources for domestic, agricultural, ecological, industrial or other purposes. It will also be its duty to maintain, improve and develop wildlife and fisheries in bodies of water from which water is drawn or is discharged.

The SWSRA would have the powers to approve, determine or revise tariffs for water and sewerage service providers. The government may appoint a company, a local government or a statutory authority to be the water service provider or sewerage Service Provider for any area. In the draft act regulations for preventing contamination of water have been suggested.

The agriculture department told the meeting that the federal government has announced a subsidy package for farmers during Kharif 2021 for fertilisers (DAP), cotton seed and white-fly.

The company has made substantial progress and about 45 percent construction has been completed. The project is under CPEC framework and an amount of $2 billion will be invested. The Commercial Operation Date (COD) of the project is May 31, 2022.

The cabinet was told that for the development, M/s TCB-1 has acquired 232.32-acre land within the Thar Coalfield Block-I. In this scenario, the company requires the land to be mortgaged with lenders for which the cabinet was requested to approve NOC. The cabinet approved issuance of the NOC.

The provincial cabinet approved Rs1 million compensation for a deceased government employee, regular and contract, due to COVID-19 pandemic.

The meeting was told that Sindh Building Control Authority (SBCA) was a self-financing and resource generating authority. Besides fee received against approval of building plans, grant of Completion Certificates, issuance of licenses to professionals and builders and NOCs.  The chief minister said that the SBCA has a heavy workload; therefore, it was proposed to devolve it to the divisional level.

Under the proposal, the existing SBCA would function as a policy making organisation under Director General (DG). There would be Regional/Divisional Building Control Authorities such as Regional Building Control Authority (BCA) Karachi, BCA Hyderabad, BCA Mirpurkhas, BCA Shaheed Benazirabad, BCA Sukkur and BCA Larkana. These authorities would have execution and operational powers.

The cabinet approved the proposed devolution of the SBCA to the regional building control authority.

The meeting was told that 184 Town Officers were appointed in 2010 in grade BS-11. Minister Local Government Nasir Shah requested the cabinet to upgrade the position of town officers from grade BS-11 to BS-16. The cabinet approved the proposal.

The cabinet approved a request of the local government department to purchase 62 small size, 800 cc pickups for transpiration of street dogs from the original local to veterinary hospital and from hospital to back their locations. The dogs would be vaccinated under Rabies Control Programme and would also be neutralised to control their population.

The forest dept and its partner submitted the project description document for validation under climate community and biodiversity standards as well as Verification Carbon Standard for funding/sale under nomenclature of Delta Blue Carbon-I in the cabinet for approval. Shah said that Delta Blue Carbon 9DBC)-1 would result in 127 million tCo2e of emission removals over a 60 year project lifetime. He added that the Sindh government was, therefore, expected to receive its share of revenue as soon as the validation process was finalised. He said that the interested bidders want to know about the proposed plan of investment of Sindh government on various sectors and activities.

Biden encourages Americans to get COVID shots with free doughnuts