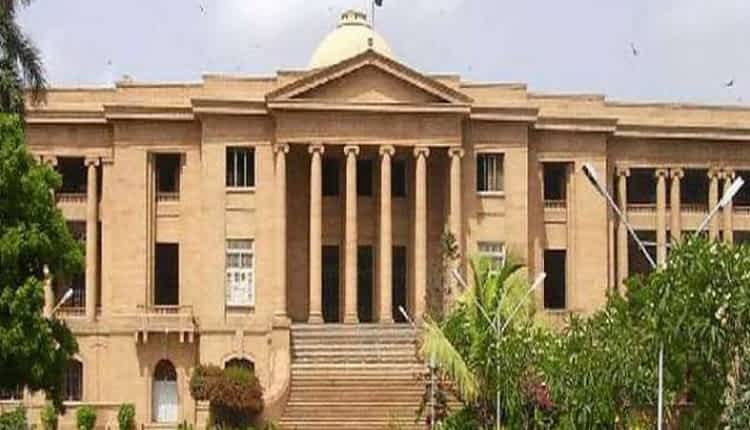 HYDERABAD   –  The Sindh High Court (SHC) has barred the district administration and the Irrigation Department from demolition a structure belonging to Hyderabad Electric Supply Company (HESCO) along Phuleli Canal by citing as an encroachment.

The Hyderabad Circuit Bench on Friday conducted hearing of a petition filed by HESCO which challenged the planned demolition of a structure where the old power house was located.

The court acknowledged that the land bearing the City Survey number 1,426 and ad measuring 6,492 square yards in Ward G in City taluka was owned by Water and Power Development Authority (WAPDA) since 1922.

Advocate Muhammad Arshad S Pathan, the petitioner’s counsel, argued that due to neglect of the irrigation authorities, the canal’s embankment near the HESCO’s land had broken which led to further widening of the canal over the decades.

“On account of mismanagement and lack of maintenance and dredging, both the sides have sprouted out towards the private lands,” the counsel argued.

The adhoc employees of Hyderabad Municipal Corporation (HMC) on Sunday staged a protest rally against removal of the services and demanded for early payment of salaries.

A large number of affected employees led by Akbar Inayat, Javed Ali, Shahid, Taj Muhammad and others alleged that HMC administration was firing adhoc employees for recruiting their favourites on the vacant posts.

They have not been paid their salaries since the last 5 years but no one had helped them in resolving their genuine issues, HMC employees said.

They demanded the higher authorities to take notice of their matter and the same should be resolved without any delay failing which they would extend protest movement.

The employees of Public School Hyderabad on Sunday staged a protest rally against alleged corruption and non-enhancement of their salaries since the last many years.

The protesting employees led by Faisal Iqbal, Ghulam Nabi Shah, Hajan Abro, Ghulam Qadir Chachar and others said despite taking over by the Institute of Business Administration (IBA) Sukkur, Public School was still under financial crisis. They said salaries of employees had not been increased since 2013; therefore, employees were facing financial constraints.

They called upon Sindh Chief Minister, IBA management and the school administration to announce immediate increase in the salaries of employees and pensioners keeping in view of growing price hike failing which they would start a protest movement for resolution of their just demands.

Latest Coronavirus developments from around the world