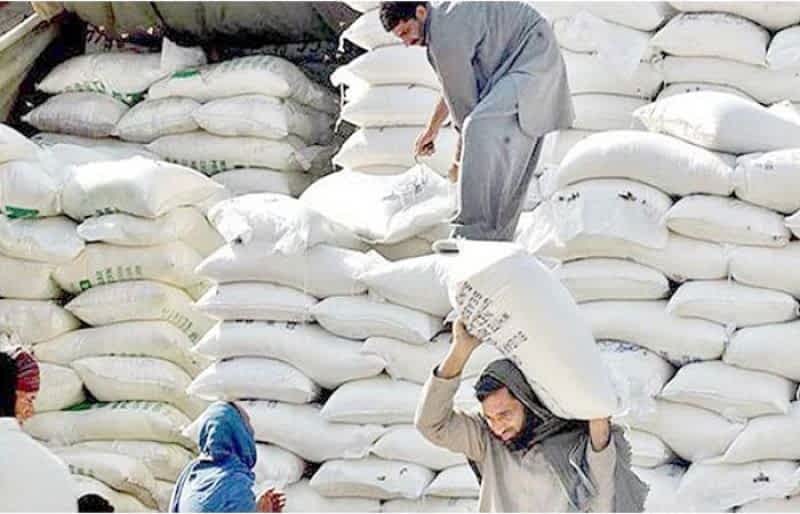 Millers on Thursday reduced prices of various varieties of flour by Rs7 per kg prior to release of Sindh government’s wheat to millers followed by drop in price of imported and locally-produced wheat.

However, in March, on the arrival of wheat crop from Sindh, the price of flour no. 2.5 in the province was Rs42-43 per kg while fine and super fine flour variety was Rs45-46.

He said the flour prices had been reduced to provide relief to masses as the Sindh government is likely to start wheat supply to millers from Monday at an issue price of Rs3,637 per 100kg bag.

Yousuf said millers had received challans from the Sindh government on Oct 19 which was submitted to the State Bank of Pakistan. Millers would need to go to Naushehro Feroze and Nawabshah for lifting wheat from government go downs and would also bear transportation cost of Rs100 per 100kg bag.

He said the Sindh government had earlier planned to provide 85,000 tonnes of wheat between Oct 16 to Oct 31 to millers in the province but the decision has been delayed. The province had procured 1.235 million tonnes from growers this season.

He said flour price would be fixed after mills start getting supplies of wheat from the government from Monday.

The price of imported wheat, he said, has fallen to Rs5,070 per 100 kg bag — including transportation charges from the port — from Rs5,500 prevailing in first week of October while the price of locally-produced wheat has dropped to Rs5,200 from Rs5,700 per 100kg bag in the open market.

The government had fixed wheat import target of 1.5m tonnes each by the private sector and TCP. He was of the view that wheat imports had help arrest further increase in flour prices.