Sindh not to relax SOPs after exponential rise in Covid cases 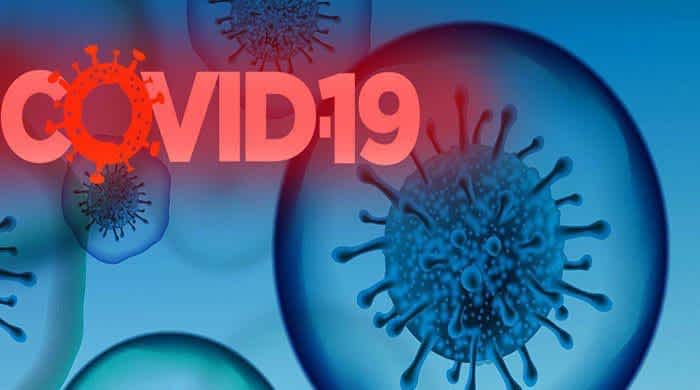 Considering the exponential increase in the number of Covid-19 cases observed across Sindh since Eidul Fitr, the provincial government on Thursday decided against relaxing the standard operating procedures (SOPs), and resolved to review the situation on Saturday (tomorrow) to see if more restrictions will be needed.

Chief Minister Syed Murad Ali Shah chaired a meeting of the provincial task force on Covid-19 that was told that on April 19, during the first week of Ramazan, Sindh had reported 737 positive cases, which was 5.2 per cent of those tested.

The meeting decided to continue the non-pharmaceutical interventions in Sindh. The task force will meet again tomorrow to review the situation and, if needed, order more

The PMA has expressed concerns over the government’s decision to relax Covid-related restrictions imposed on commercial activities, schools, offices and other workplaces. Dr Sajjad said permission for outdoor weddings has been granted from June 1, adding that the PMA believes the decision to lift restrictions has been taken in haste.

“This hasty decision can take us towards resurgence in the number of Covid-19 cases. It has been observed that the number of cases has been increasing after Eid. The decision should have been taken in the next week, after a detailed review of the coronavirus situation in the country.”

He said that even before the third wave of Covid-19, the PMA had warned the government not to lift the restrictions because the situation could worsen, and it happened: the situation all over Pakistan deteriorated, especially in Punjab, Khyber Pakhtunkhwa and the Islamabad Capital Territory.

He also said that according to the National Command & Operation Centre (NCOC), to date 890,391 people have been infected with the coronavirus and 19,987 have died, while during the past 24 hours 4,207 new cases have been reported and 131 people have died.

“Our testing capacity is low and should be increased to 50,000 a day in each province. We regretfully say that the resurgence of coronavirus always takes place due to the government’s flexible attitude in implementing the SOPs strictly. We can’t overcome the situation with this attitude. Whatever sector is opened, there should be strict implementation of the SOPs.”

Dr Sajjad said the coronavirus situation in Sindh, especially in Karachi, is worsening day by day. He said the positivity ratio is rapidly increasing. He warned that if the situation is not controlled, the increasing burden of disease will further rise. He also pointed out that beds in the city’s Covid-designated hospitals can run short.

“The circumstances are rapidly turning into a Punjab-like situation. We suggest the Sindh government to closely monitor the situation and take the decision to lift restrictions according to the circumstances,” he said, adding that a uniform policy should be implemented in consultation with all provinces and stakeholders.

He said the NCOC had appreciated people working for corona during the Eid holidays, adding that it was a good gesture, but doctors, nurses, paramedics and vaccinators should also be appreciated as they also had worked during the holidays. The PMA appreciates all healthcare workers who served the nation during Eid, he concluded.