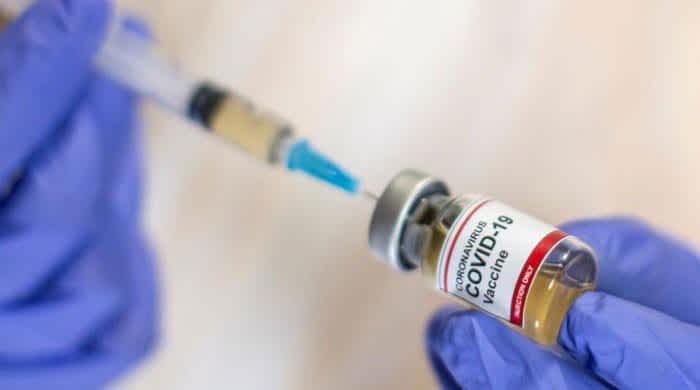 Sindh Information Minister Syed Nasir Hussain Shah said on Friday the provincial government had placed an order for the procurement of two million doses of Chinese vaccine Convidecia, adding that they would procure more dozes by cutting development and other expenditures so that the entire population of the province could be protected from this deadly disease.

Addressing a news conference in Karachi along with the chief minister’s adviser on law and provincial government spokesperson, Barrister Murtaza Wahab, and Parliamentary Secretary for Health MPA Qasim Siraj Soomro, he clarified that the chief minister had not proposed a complete lockdown in the NCOC meeting held on March 31.

“He only suggested a ban on the inter-provincial movement of transport,” Shah said, adding that Covid-19 cases were increasing at an alarming pace in the country, and today a provincial task force meeting was held under the chair of the chief minister to discuss the situation. The meeting was also attended by the health minister and a representative of the World Health Organisation.

Shah said the government was fully implementing decisions taken in meetings of the National Command and Operation Centre, and strict measures were being taken in areas where the coronavirus positivity rate was increasing.

Shah said there were no reports from the federal government of buying the vaccine from its own funds and that it was dependent on vaccines donated by China. He added that journalists were also front-line workers and the vaccination facility would be provided to them at press clubs at the divisional headquarter level.

Law adviser Barrister Murtatza Wahab said the effects of the third wave of Covid-19 had reached alarming levels in Punjab, Islamabad, KPK and Azad Kashmir, where the positive cases had jumped 14 to 15 per cent.

The chief minister had also suggested speeding up the vaccination process and removing the age bracket so that patients suffering from heart, cancer and kidney diseases could be inoculated, he noted.

Wahab further said that the provincial government had been active in implementing Covid SOPs in the province since day one. “We have sought permission from the federal government for purchasing vaccines from private companies. We are doing everything we can do to protect our population.”

Barrister Wahab said that like the first wave, the province would fight the third wave, and the testing facility would be enhanced. Replying to question, Shah said the government was ready to hold local bodies elections, and it had almost completed legislation to empower the local bodies’ institutions.

The information minister further said that they were going to launch a campaign against stray dogs immediately, and currently the government was working in collaboration of civil society and NGOs for the vaccination of stray dogs.

“The opposition’s allegations are baseless. No funds have been set aside to neuter dogs,” he said, adding that 40 senior officers of local government department had been suspended for negligence.