Sindh reports another 58 deaths from Covid-19 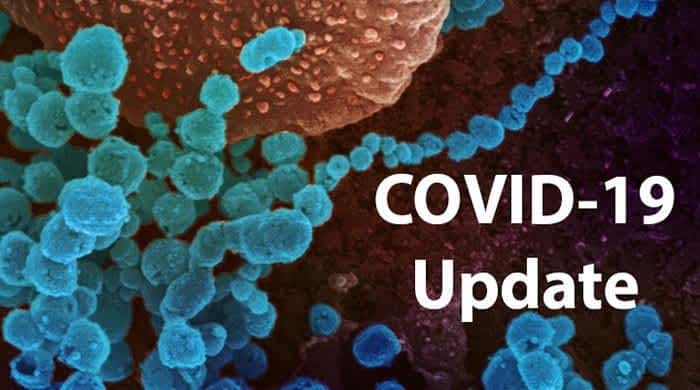 Another 23 people have died due to Covid-19 in Sindh during the past 24 hours, while 35 earlier deaths have also been reported, taking the province’s overall death toll due to the viral disease to 3,222.

Officials said 43 of the 58 new victims belonged to Karachi Division — 12 to District Central, nine to District East, six each to the Korangi and Malir districts, and five each to the South and West districts — while one each to the Dadu and Hyderabad districts.

Sindh had reported the highest number of Covid-19 deaths on June 28, when

74 people in the province had died in a single day during the first wave of the pandemic.

Chief Minister Syed Murad Ali Shah said in his daily situation report on the health emergency on Tuesday that 10,289 samples were tested in the past 24 hours, resulting in 1,520 people, or 15 per cent of those who were screened, being diagnosed with Covid-19.

The provincial government has so far conducted 2,166,999 tests, which have resulted in 198,482 positive cases, which means that 9.2 per cent of those screened have been found to be infected, he added.

Shah said that after the latest deaths, the rate of the diagnosed people who have lost their fight with Covid-19 continues to stand at two per cent. He said that 25,875 patients are currently under treatment: 24,965 in self-isolation at home, 16 at isolation centres and 894 at hospitals, while 801 patients are in critical condition, of whom 83 are on life support.

He added that 1,176 more people have recovered during the past 24 hours, increasing the number of cured patients to 169,385, which shows the recovery rate has fallen to 85.3 per cent.

As for the other districts of the province, Hyderabad and Matiari have each reported 27 new cases, Jamshoro 14, Thatta 10, Sukkur seven, Tando Allahyar six, Umerkot and Dadu four each, Kashmore, Larkana and Naushehroferoze two each, and Badin, Kambar, Khairpur, Sanghar, Tando Mohammad Khan and Tharparkar one each, he added.

Despite in opposition, TLP and JI votes may go to PPP in Senate polls