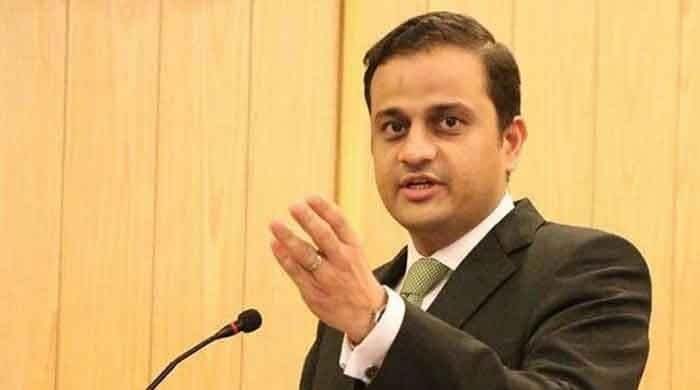 The Sindh government has decided to adopt a new law to deal with cases of consumption of synthetic drugs, including “ice”, in the province.

Law and environment adviser Barrister Murtaza Wahab disclosed this to media persons while speaking at a press conference at the Sindh Assembly building on Saturday.

A session of the Sindh Assembly had been summoned on January 6, 2021, to adopt fresh legislation in this regard, he added.

Barrister Wahab, who also acts as the spokesman for the provincial government, said that criminal cases would be lodged under the new law against people involved in the use of synthetic drugs.

He said a progressive law was being implemented in the province to manage its prison facilities, whereas in rest of the country the Jail Act of 1853 was still enforced.

He said the Sindh government under the new jail law had decided to free eight convicted inmates for a period of four months in view of their ill-health.

The law adviser said the courts had laid down the principles and procedures for arresting the accused persons, and imprisonment should only take place in the presence of concrete evidence.

The law to amend the criminal justice system would soon be presented in the Sindh Assembly for adoption after its approval from the provincial cabinet, he announced.

He said the ruling Pakistan Tehreek-e-Insaf in the past had made false promises with the workers of Pakistan Steel Mills just to gain their votes, and the same labourers were now being dismissed from service. He warned that they would not let the federal government implement its anti-labour policy in the case of Pakistan Steel Mills.

Barrister Wahab said the chief minister had constituted a cabinet committee on the issue of Pakistan Steel Mills, and next week they would write a letter to the federal government to safeguard the land of the Steel Mills in Karachi. He said that they would not allow the ruling PTI to give the Steel Mills’ land to any of its cronies.

He was of the opinion that the presidential ordinance, which had been promulgated in September 2020 to establish the Pakistan Islands’ Development Authority had lapsed on December 31, 2020.

He said the federal government had failed to present the ordinance in the parliament as it knew that it lacked the required majority in the national legislature to get it passed.

The law adviser said the ruling PTI knew well that its allies would not support any of its moves to get the law passed from the parliament to establish the federal islands’ development authority in the country.

He said the Pakistan Democratic Movement would use every democratic tactic to get rid of the PTI’s government in the interest of people of the country.

He said the PDM as being the alliance of opposition political parties in the country had been acting upon a democratic agenda.

To a question, Wahab said that former prime minister Nawaz Sharif had gone abroad to get treatment for his health after getting permission from the court as he himself (Sharif) could now better tell about his arrival in the country.

He advised the federal ministers to leave the arena of social media and take practical steps to serve the masses.

Jennifer Lopez rocks while ringing in 2021 with live performance