Sindh to have its own medical commission, decides cabinet 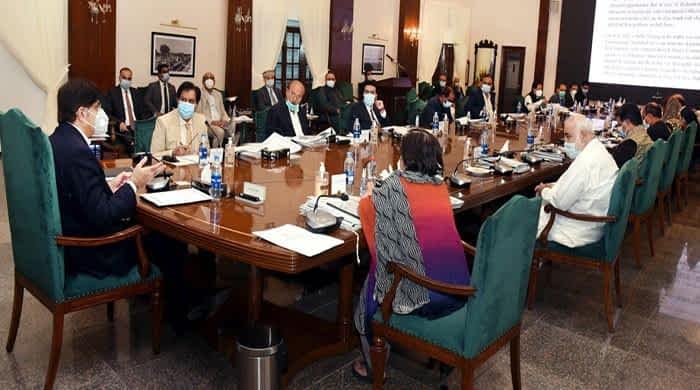 The health department told the cabinet that the Pakistan Medical Commission (PMC) was created by the federal government in September 2020 for the regulation and control of medical professionals and forming a uniform minimum standard for basic and higher medical training and recognition of qualification in medicine and dentistry.

It was observed that the introduction of PMC had attracted serious reservations during the process of medical colleges’ tests. The students had been badly suffered due to the huge number of discrepancies found in the Medical and Dental Colleges Admissions Test (MDCAT) on November 29, 2020, it was said.

The meeting was told that some 30 questions were out of syllabus and the results of 127,000 candidates was uploaded on the PMC website had anomalies and discrepancies. The total candidates appeared from Sindh were 25,252 and of them 8,287 or 32 per cent were declared qualified, which created a sense of disappointment among candidates and their parents.

The cabinet was informed that the Sindh Medical and Dental Council Bill (SMDC) was drafted and placed in the Sindh Assembly for approval previously but subsequently the PMC Act 2020 was passed by the National Assembly of Pakistan, due to which the SMDC bill could not be introduced in the provincial assembly for enactment.

The cabinet, after thorough discussion and deliberation, decided to create the SMC in consonance with the PMC. It also approved that the admissions to the private medical institutions may be allowed to only those candidates who were domiciled in Sindh or 95 per cent seats may be reserved for the candidates of Sindh and five per cent may also be allocated on reciprocal basis with private institutions of other provinces.

The cabinet also decided that the fee structure of private medical institutions of Sindh may be determined in consultation with the Sindh government. The cabinet directed the health department to write a letter to the PMC and inform them about the decisions of the provincial cabinet.

The meeting rejected the census and decided to take up the issue with the federal government.

The committee constituted on the issue of the arrest of Captain Safdar, a PML-N leader, presented its report in the cabinet, which accused some federal ministers and local MPAs of the PTI of pressurising the police into registering a case against Safdar for allegedly raising slogans within the premises of the Mazar-e-Quaid.

The report said that the hooliganism within the Mazar, whatsoever, was a case whose cognisance should have been taken by a magistrate as it had nothing to do with the police but the latter were pressurised by the federal government and the PTI’s MPAs and on the fake complaint of a person who was not present within the Mazar’s premises, a police case was registered against Safdar.

The report also said what had happened with the Sindh IGP had already been settled through action taken by the chief of army staff. The cabinet decided not to make the report public. However, it was decided that the federal government would be apprised about the interference of its ministers and PTI MPAs in the police affairs in Sindh.

The cabinet was informed that the health department through the Sindh Public Service Commission had selected 958 staff nurses (male and female) BS-16 but their appointment formalities would take three months. As staff nurses were badly needed during the ongoing Covid-19 emergency, the cabinet approved the appointments and directed the health department to complete formalities.

The cabinet was told that the local government department had been requested to declare the PAF Shahabaz Airbase and adjoining areas as cantonment. After a brief discussion, the cabinet constituted a committee under Energy Minister Shabir Bijarani to inquire into the matter and submit its recommendations. Other committee members include advisers Murtaza Wahab and Aijaz Jakhrani. The cabinet also approved rules of the Sindh Coal Authority.