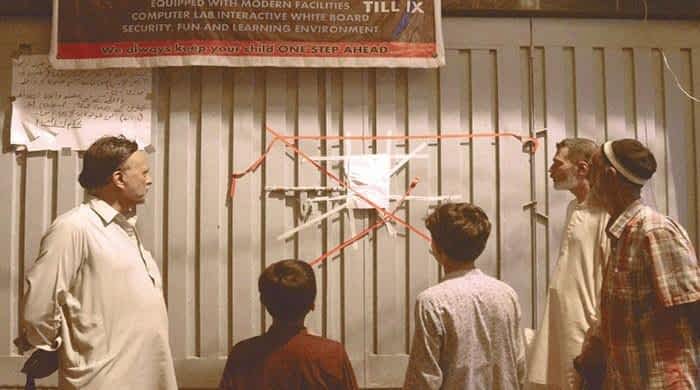 The Sindh High Court (SHC) was informed on Wednesday that 6,866 public schools across the province have been closed due to lack of teachers, while 7,974 schools are unviable.

He was filing comments on the identical petitions filed by rights activists and organisations seeking the implementation of the Sindh Right of Children to Free and Compulsory Education Act 2013.

The SHC had earlier directed the school education secretary to inform the court how many schools had been closed across the province and what efforts were being made to reopen them.

The school education secretary informed the court that the Sindh cabinet has approved an online policy for the transfer and posting of members of the teaching staff. According to this new policy, he explained, teachers will be allowed to be transferred only from the schools with surplus teaching staff to the institutions with a shortage or a complete lack of instructors.

He said that the process of reopening viable schools through the transfer of teachers from the schools where the teaching staff is in excess is under way, and that this will result in resuming educational activities at a number of schools in the province.

The chief programme manager of the Sindh Education & Literacy Department undertook before the court that the entire process will be completed within four months. An SHC division bench headed by Justice Mohammad Ali Mazhar took the statement of the chief programme manager on record, and directed the provincial law officer to submit a compliance report. The bench observed that the education department had filed compliance reports with regard to the directions of the court.

The bench asked the petitioners’ counsels to go through the compliance reports and point out if the time frame mentioned in the reports had been complied with. The court directed the counsels to submit their relevant reports by April 14.

The school education secretary filed a report in compliance with the court’s orders, but the bench was not satisfied with it, and asked if private educational institutions had been offering free education to 10 per cent of their students in accordance with the law.

The high court observed that not only had hundreds of schools in Larkana been closed but teachers also continued to be paid their salaries, even though they had been doing no work at all.

The bench observed that the condition of public schools was not satisfactory, and asked the school education secretary to make concrete efforts instead of mere paperwork so that the children of the poor could benefit from the law and receive free and quality education.

The official mentioned in his comments that the government had been providing free education to 4.5 million children across the province, and that the public schools’ students between the ages of five and 16 years were also being provided free textbooks, while their examination fees had also been waived.

He said that the provincial government was taking several steps for enrolling the out-of-school children through different education projects in collaboration with Unicef, the World Bank, the Asian Development Bank and other entities. The school education secretary had earlier informed the SHC that the education department had completed the framework for implementing the law in letter and spirit.

He said that various schemes were in progress to improve the infrastructure of the public schools, and funds had been allocated for the purchase of furniture. He also said that steps would be taken to improve the quality of education, curricula and textbooks, as well as governance and human resource management at schools. Regarding the security of educational institutions, the official said that the government was making efforts to provide foolproof security to all public and private schools.