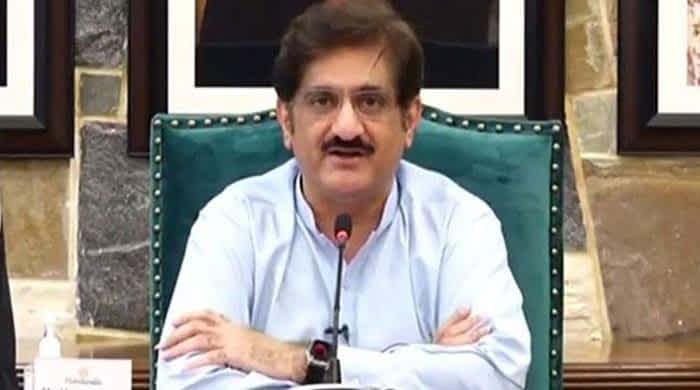 Sixteen more people have died due to Covid-19 and another 1,322 cases have been reported during the past 24 hours in Sindh, with the death toll due to the viral disease reaching 2,845 in the province.

Chief Minister Syed Murad Ali Shah said in his daily situation report on the health emergency on Monday that 10,837 samples were tested in the past 24 hours, resulting in 1,322 people, or 12.2 per cent — highest yet — of those who were screened, being diagnosed with Covid-19.

The provincial government has so far conducted 1,906,075 tests, which have resulted in 164,651 positive cases, which means that nine per cent of those screened have been found to be infected, he added.

He said that 15,440 patients are currently under treatment: 14,818 in self-isolation at home, 12 at isolation centres and 610 at hospitals, while 545 patients are in critical condition, of whom 67 are on life support.

He added that 358 more people have recovered during the past 24 hours, increasing the number of cured patients to 146,466, which shows the recovery rate has fallen to 88.9 per cent. The CM said that out of the 1,322 fresh cases of Sindh, 1,065 (or 81 per cent) have been reported in Karachi Division alone: 416 of the city’s new patients are from District South, 355 from District East, 110 from District Central, 66 from District West, 61 from District Korangi and 57 from District Malir.

As for the other divisions of the province, Hyderabad has reported 83 new cases, Jamshoro 37, Sujawal 19, Matiari 18, Shaheed Benazirabad and Naushehroferoze 15 each, Umerkot and Ghotki nine each, Sukkur six, Larkana five, Thatta four, Tando Mohammad Khan and Badin two each, and Dadu, Jacobabad, Sanghar, Shikarpur and Tharparkar one each, he added.

The chief executive advised the people of Sindh to observe the standard operating procedures issued by his provincial government in accordance with the recommendations of the World Health Organisation and other medical experts.