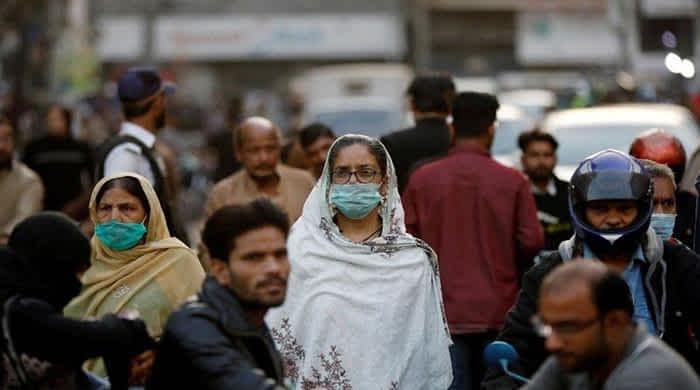 On the recommendations of the provincial task force on Covid-19, Sindh Chief Minister Syed Murad Ali Shah on Saturday announced that the coronavirus restrictions will stay in place for two more weeks due to the rise in the number of infection cases observed after Eidul Fitr.

The provincial government has also decided to keep educational institutions closed until the Covid-19 situation improves, while beaches, amusement parks and other recreational places will also remain closed for another fortnight.

The decision to maintain the pandemic-related restrictions was taken in the task force’s meeting, which was chaired by Shah and attended by provincial ministers and secretaries, health and infectious diseases experts, and representatives from WHO, the military and paramilitary forces.

Keeping in view the rising trend of new cases and increasing death rate, it was decided to continue the ongoing restrictions for the next two weeks with strict standard operating procedures all over Sindh.

The meeting was told that a record 24,299 tests were conducted on May 21, resulting in 2,136 positive cases, constituting 8.8 per cent detection rate, while 22 infected patients died the same day, which was termed a dangerous trend.

It was disclosed that 17,197 travellers had landed at the Karachi airport between May 5 and 21, and their rapid antigen tests were conducted then and there, resulting in 38, or 0.22 per cent, of them turning out to be positive.

Reviewing the post-Eid scenario, it was revealed that on Eid Day — May 13 — 1,232 positive cases were reported, and the number saw an abnormal increase to 2,136 on May 21. The meeting was told that during one week between May 15 to 21, the number of cases in Karachi’s District East had shown a 27 per cent detection rate, District South 15 per cent, District Central 13 per cent, and the Korangi, West and Malir districts 10 per cent, while Hyderabad and Dadu had shown an 11 per cent detection rate.

The CM said Sindh had reported 154 deaths stemming from Covid-19 in April, but 232 deaths had already been reported in three weeks of the current month. “It means the situation is worsening.”

The meeting was told that the government has so far received 1,007,000 doses of the Sinopharm vaccine, 47,000 of CanSino, 485,000 of Sinovac and 107,500 of AstraZeneca. So far 725,587 first doses have been administered and 255,132 second doses. Keeping in view the serious situation of the cases and the rising number of deaths, the CM decided to continue the ongoing restrictions for the next two weeks, announcing that the situation will be reviewed again on June 6 or 7.

He also decided that all recreational places, including Sea View, Hawkesbay and amusement parks, will remain closed, but walking tracks in parks will remain open only for walking or jogging.

It was decided that business hours will be from 6am to 6pm. All shops, including supermarkets, will have to close their business activities by 6pm sharp.

“Educational institutions in the province will be opened when the Covid situation improves, otherwise they will remain closed,” said the CM, and directed the education minister to take the necessary measures to vaccinate teachers at all educational institutions. The meeting also decided that intercity transport will operate at 50 per cent of their seating capacity, warning that in case of any violation, transporters will be fined heavily.

The Aladin Park saga — who allowed what and when