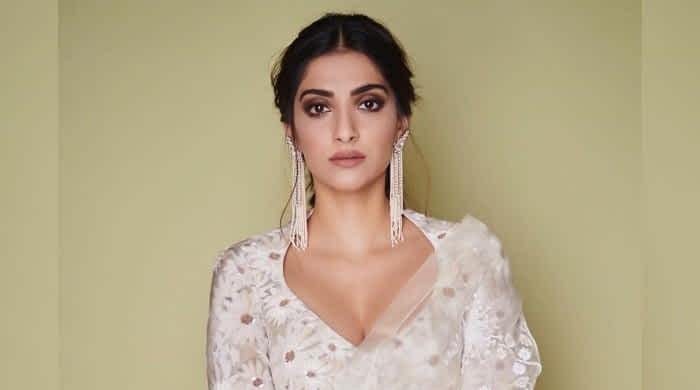 Sonam Kapoor revealed lockdown has made her yearn for her besties Masaba Gupta, Pooja Dhingra, and sister Rhea Kapoor.

The Veere Di Wedding actress took to her Instagram to share photographs with her girlfriends Masaba Gupta, Pooja Dhingra, and Rhea Kapoor and expressed how much she misses spending time with them.

“I miss them [sic],” the caption of Sonam’s post reads.

As soon as it made its way to the internet, Sonam’s besties reacted emotionally. Masaba commented on the picture that telling Sonam she misses her equally” “Misssss you sonammmm [sic],” she wrote.

The 35-year-old actress is currently occupied with shooting of her upcoming film Blind. After a year of taking a long hiatus from her acting career, Sonam is fully geared to give her absolute best to the new project.

John Abraham is unperturbed by his critics: ‘They have become a joke’

Malaika Arora on being called ‘desperate’ for dating Arjun Kapoor