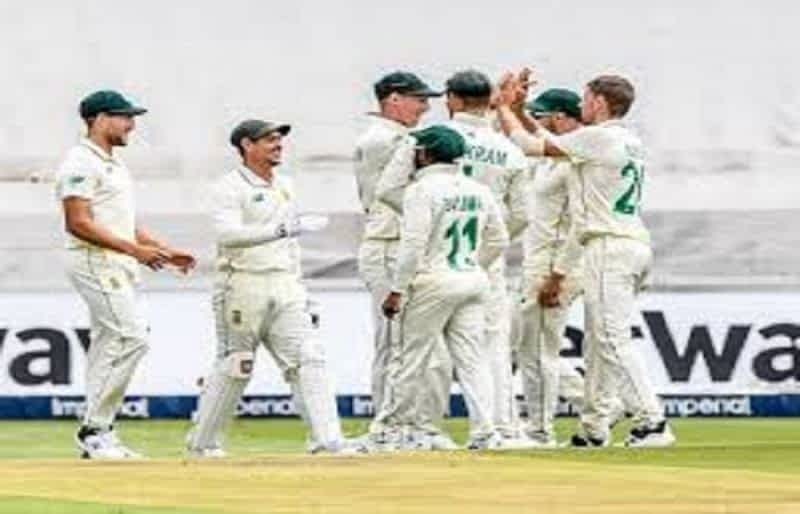 South Africa continued to struggle against the Pakistani bowlers on the third day of the second Test as they were 188-7 after 60 overs at lunch on Saturday at the Rawalpindi Cricket Stadium.

Middle-order batsman Temba Bavuma was unbeaten on 36 at the break and Keshav Maharaj, dropped by Yasir Shah off pacer Shaheen Shah Afridi, was not out without scoring .

Bavuma survived umpire Ahsan Raza’s decision on 16 when he was given leg-before off Hasan Ali, reviewing it successfully to continue his fight.

Resuming at 106-4 South Africa had hoped their skipper Quinton de Kock would build on his breezy overnight score of 24, but the left-hander played on to Shaheen in the third over of the day.

Mulder nudged a push to deep fine-leg but while returning for a second run failed to beat a Shaheen throw and was run out.

George Linde hit three boundaries and a six in his quickfire 21 but missed the line of a Hasan delivery and was bowled.

Pakistan lead the two-match series 1-0 after winning the first Test in Karachi by seven wickets.