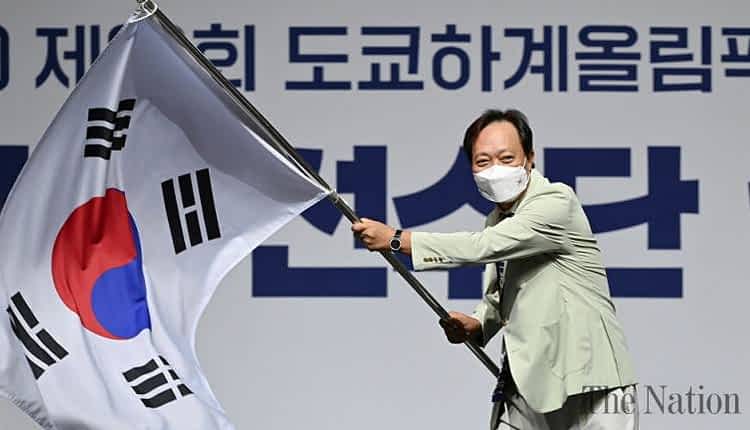 Relations between Japan and South Korea worsened recently as some territorial rows were triggered by Seoul’s military manoeuvres near the disputed Dokdo islands after Japan included them in an Olympic torch relay route.

The Olympic Committee of South Korea announced on Saturday that all controversial banners referring to the 16th century war between Japan and Korea would be removed, the Associated Press reported on Saturday.

The reportedly provocative banners, which triggered the ire of some Japanese right groups, were put up on balconies of rooms where South Korean athletes live. They featured the slogan “I still have the support of 50 million Korean people.”

The phrase reflects the words of a 16th century Korean naval admiral, Yi Sun-sin, who managed to defeat Japan’s superior naval force. When Japanese feudal lord Toyotomi Hideyoshi set his sights on conquering Korea, Yi Sun-sin told his king that he would ensure victory over the Japanese fleet, despite there only being 12 Korean ships left. The follow-up conflict, the Battle of Myeongnyang, went down in history as one of the greatest examples of a small navy outmanoeuvring a rival’s superior forces.

The Committee reportedly agreed to take down the flags after the International Olympic Committee (IOC) guaranteed that Japan’s so-called Rising Sun Flag would not been shown during the Olympics. Unlike Japan’s current national flag, the Rising Sun Flag symbolises the nation’s military and is commonly associated with the country’s 1910-1945 occupation of Korea and World War II aggression.

There was more tension added to the relations between South Korea and Japan that still has unresolved territorial disputes. On Tuesday, South Korea protested to Japan over claims to Dokdo islands, after Tokyo classified the territories as disputable in its 2021 Defense White Paper – a comprehensive defense report, which includes assessment of the military-political situation in the region and outlines the main directions of military policy for the near future.

Earlier this year, tensions between the two countries escalated with Japan’s inclusion of the Dokdo islands on the map of the Olympic torch relay route.