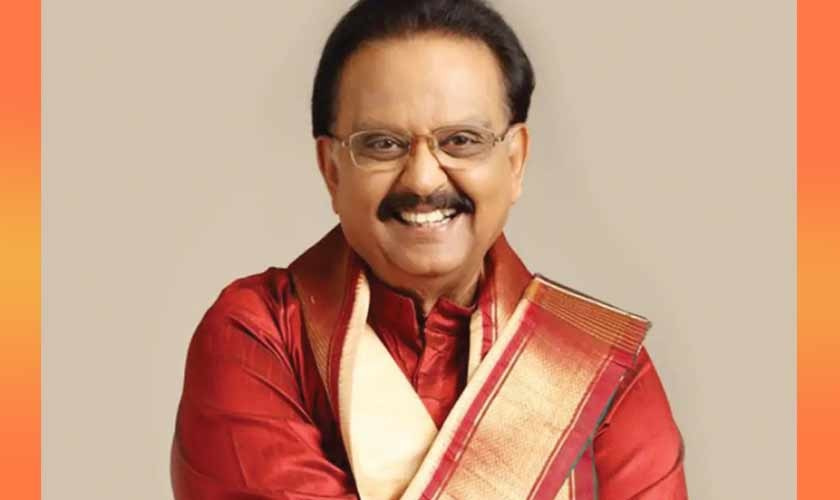 SP Balasubrahmanyam was a musician, playback singer, music director, a dubbing artist and a film producer, who worked predominantly in Telugu, Kannada, Tamil and Malayalam films.

He made a huge contribution to the music of south India so that his contributions may not have been noticed by those who are more nurtured in the intonation of north Indian music. Also, most listeners are receptive only to the lyrics and ignore the songs in a language they do not understand.

Balasubrahmanyam was from the Carnatic tradition of music and hence slightly alien to the tenor of the musical expression in the Hindi films. The films that were centred round Bombay, now Mumbai, were more influenced by the cinematic tradition and sonic culture of north India. The films that were made in other languages that originated in the south like Malayalam, Telugu, Kannada and Tamil were centred round Madras, now Chennai. This does not mean that a large number of films were not made in the south. At times they probably outnumbered the films made in the north. However, the popular belief still remains that films made in Mumbai were the popular form which have an all India outreach while the films made in the south are meant for more localized audiences. This may not be true any longer but the general perception still lingers that the south was somehow inferior to the north in cinematic expression, including film music.

Interaction between the two was not very frequent in the beginning but it became more common with the passage of time. Many composers/musicians in the beginning were from the south. They included the likes of C Ram Chandra but their musical expression stayed generic and was not limited to the general intonation of Carnatic music. The musical tradition of the north being more amorphous was the outcome of a greater interaction between the north Indian heartland and the adjoining areas to the west and north. Over time, perhaps centuries, the north Indian expression evolved differently from the south; its structure and form was more flexible compared to the more rigidly fashioned Carnatic musical tradition.

Many of the film stars made a name for themselves in the north after first becoming popular in the south. Kamal Hassan is one of the most outstanding among such actors. Female stars Vyjantimala, Padmini, Waheeda Rehman, Hema Malini and Rekha also come to mind. From among the other important and significant figures, Girish Karnard made a big contribution in literature, theatre and subsequently films as well and placed the south firmly in the upper section of the artistic output and quality. The film stars seemed to be really adored more than others. Some of them went on to become very popular politicians holding important offices like NT Ramarao and Jailalita.

However, gradually the acceptance of the music composer was complete with the rise and then dominance of AR Rahman. Subrahmanayam’s talent also flowered when he worked with AR Rahman. Their association began in Roja and continued for many decades. AR Rahman was the first Indian composer to wholeheartedly embrace and adopt the various changes that were taking place in the world of music. Some of these changes were driven by the changes in technology. By the time you settled with one change, another was upon you. Only the composers, vocalists and instrumentalists who were adaptable, welcomed change and saw it as an opportunity to realise their creative abilities could benefit from this.

It was the first time technologically-driven musical values were heard of and made a virtue of in the Indian films. Technological values in sound engineering like monaural arrangements, auteuristic use of counterpoint and leitmotif were heard quite often in the making of this music. In the beginning, Rahman was totally taken in by the changes in technology that were sweeping the sonic taste. Gradually, however, he experimented and successfully brought the traditional Carnatic and Hindustani music within the range and sweep of those technological innovations, thus ushering in a new sound culture in the subcontinent. The various technologically driven instruments became a permanent feature and occupied centre-stage rather than having a marginal existence in film compositions. He brought the two together and created a new sound that was not totally alien and untraditional. He was thus able to create a strong connection between the local and the contemporary.

There was a fuzzing of definitions as a result between these innovations and technologies. It became difficult to distinguish between a composer and an arranger. One player started managing multiple instruments through synthesisers or keyboards. Technical devices such as workstations, synthesisers, midis, concert harps, continuums, fingerboards, goblet drums and accordions interchanged.

Subrahmanayam made his debut in 1966 in Sri Sri Maryada Ramanna, a Telugu film. He came into prominence in the early eighties with Sankarabharanam, again a Telugu film. Later, he made his debut in Mumbai with Ik Doojay Kay Liyay. In the late eighties, he lent his voice to Salman Khan in Mein Nay Pyar Kiya and then continued to be Salman Khan’s voice for many years. His Deedi Tera Dewar Dewana for Hum Apkay Hein Kaun with Lata Mangeshkar solidified his credentials as a playback vocalist.

He was a recipient of the Padma Shri, Padma Bhushan. He won six National Film Awards in different languages: Telugu, Tamil, Kannada and Hindi. In addition, he won six Filmfare Awards from the south. In 2012, he received the state NTR National Award for his contributions to Indian cinema. He was honoured with the Silver Peacock Medal as Indian Film Personality of the year. He passed away on September 25 at the age of 74.