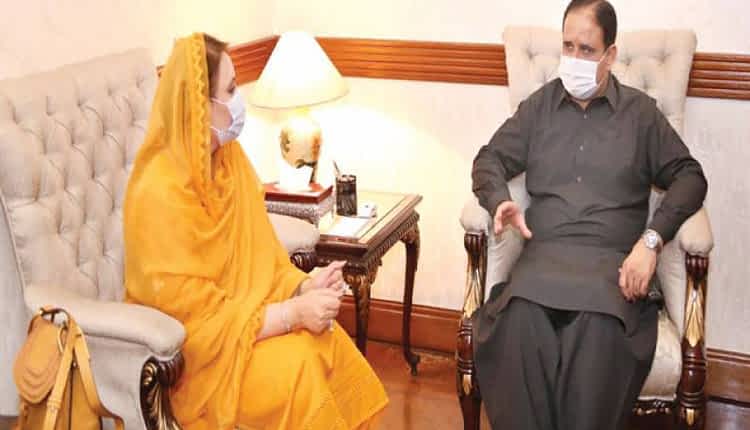 LAHORE – Punjab Chief Minister Sardar Usman Buzdar has directed Commissioner Lahore Capt (retired), Muhammad Usman Yunis to ensure strict compliance of anti-corona SOPs and no permission be granted to violate government instructions.  According to an official handout, the CM directed to constitute monitoring teams for Eid holidays while taking every step to overcome the corona pandemic.

He also directed further to improve cleanliness arrangements by making joint efforts with LWMC. The cleanliness system should be reformed and a comprehensive beautification plan be devised by the administration and the PHA for the city, he continued.

The CM disclosed that the work will be started in Lahore on mega projects soon adding that work be accelerated to construct underground water tanks.  Similarly, new parking plazas will also be constructed to overcome parking issues. The Commissioner should take a lead in this regard, he recommended.

Similarly, every effort should be made to provide facilities to the inmates of shelter homes and suitable pieces of land should be identified for the establishment of new shelter homes in the city, he said.

Along with it, the traffic system should be improved and solid steps be taken to manage parking and traffic issues. Meanwhile, practical steps are taken to eliminate the menace of encroachments. Lahore is the heartland of Pakistan and its problems will be resolved on a priority basis, concluded the CM.

Govt will complete its constitutional term

A number of parliamentarians Wednesday called on Punjab Chief Minister Sardar Usman Buzdar and gave suggestions about the development schemes to be carried out in their constituencies.

The government will complete its constitutional term, he added.

Punjab is leading other provinces in every respect and elections will be held in 2023, he maintained. He regretted that the past government paid no attention to the development of backward areas as it wanted the progress of specific cities only.

The PTI government, he said, was following the policy of composite development and the journey of development will be expedited to ensure that the rights of any city are not compromised.

Meanwhile, the people are benefitting from the Ramazan package, he added.

They are only interested in development and prosperity, he added.

Punjab Chief Minister Sardar Usman Buzdar has expressed a deep sense of sorrow and grief over the sad demise of Muhammad Ashraf Sehrai leader of the Kashmir freedom movement.

The Chief Minister in his condolence message prayed that may Allah Almighty rest the departed soul in eternal peace and grant courage and strength to the members of the bereaved family members.

Chief Minister Sardar Usman Buzdar has condoled the death of Presidential Award winner Qari Noor Muhammad Awan, who enjoyed the unique honour of reciting the first adhan on TV and radio. In a condolence message, the Chief Minister extended sympathies to the bereaved heirs and prayed to Allah Almighty to rest the departed soul in eternal peace.

The Punjab Chief Minister has strongly condemned terrorists’ firing at FC officials from across the Afghan border. In a statement, the Chief Minister condoled the martyrdom of the FC officials and extended sympathies to their families. He also prayed for the early recovery of the injured.

Scores of citizens deprived of cash, valuables in capital

With little to no chance of rain, Karachi to bake for two days