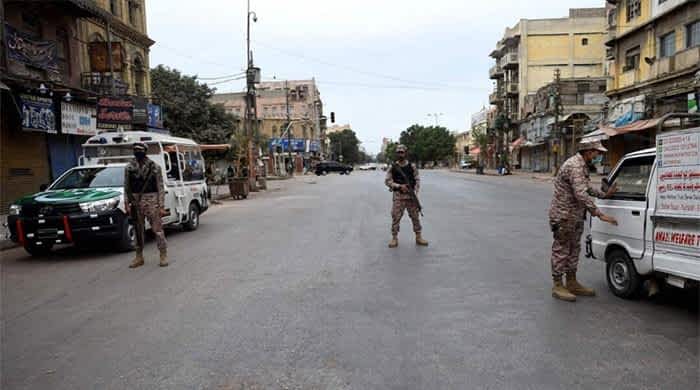 Terming the lockdown policy to contain the spread of Covid-19 in Pakistan “useless”, the Pakistan Medical Association (PMA) demanded of the federal and provincial governments on Monday to come up with a uniform policy to prevent the spread of the infectious disease and to use deterrence by imposing heavy fines on people violating the standard operating procedures (SOPs).

The association also demanded of the politicians to immediately suspend their political activities, avoid public gatherings and use their influence to ensure that people follow the SOPs, saying that Covid-19 cases were still very high and dozens of people were dying on a daily basis.

Addressing a news conference at the PMA House, Karachi, PMA Secretary General Dr Qaiser Sajjad, who recently recovered from the coronavirus, said 154 doctors had so far died due to the infectious disease and its complications, while hundreds of healthcare providers were contracting the disease due to carelessness on the part of people.

“At the moment, there is no vaccine available for the people in Pakistan, so the only vaccine is the use of masks and avoiding public gatherings. We are not asking people to follow the SOPs because they are not listening to the advice; instead, we are urging the government to use its authority, make legislation and implement it in letter and spirit,” Dr Sajjad added.

Criticising the politicians and government functionaries, he said that on the one hand they were advising the people not to hug each other and refrain from shaking hands, but on the other, they were doing the same in front of cameras. The second wave of Covid-19 may last for another week in Pakistan as it spreads in the winter, so there is a need to take preventive measures, he added.

Criticising the government for the Pakistan Medical Commission (PMC), the PMA secretary general said the commission recently conducted an MDCAT test for admissions to the medical colleges, which was full of flaws and candidates expressed their serious reservations over it.

He said the Center did not take the provinces into confidence while the provinces were not trying to come with their own medical commissions, which would destroy the medical education. He demanded of the federal government to immediately abolish the PMC and restore the PMDC in consultation with the provinces.

Dr Sajjad further said that due to the Covid-19 restrictions, their annual meeting to elect the secretary general and other office-bearers, which was scheduled to be held in Quetta, had been cancelled, and, instead, the elections were held online, in which he had been elected secretary general for the next term.

‘It turned my world upside down’

Stem cells can turn into any tissue or organ