Students of grades 1-4, 6-7 in federal govt schools to be promoted without exams: sources 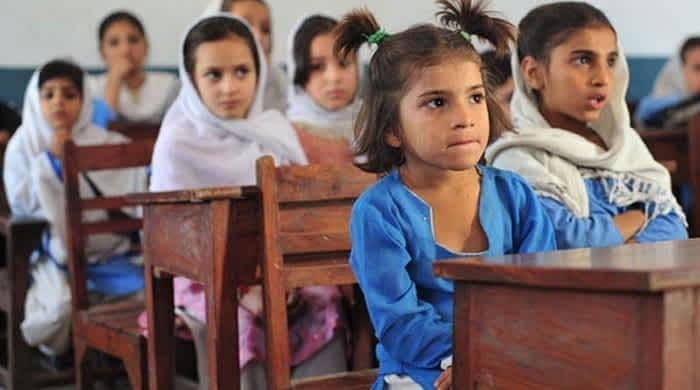 The federal government has decided to promote students of grades I-IV and VI-VII  studying in schools operated by the centre, without exams, sources told Geo News on Sunday.

Officials privy to the development, said the federal government has decided to conduct exams of students only in grade V and VIII. They added that the director general federal directorate of education has sent a summary to the relevant authorities in this regard.

The decision comes as students from grades I-VIII are set to return to schools in Islamabad from Monday (tomorrow) onwards after the government agreed to the resumption of in-person classes.

A report published in The News said that the decision came after the National Command and Operations Centre (NCOC) gave the approval for in-person classes, after Pakistan witnessed a decline in the coronavirus cases of the federal capital.

The schools are already conducting classes for grades 9-10.

In a notification, the Federal Directorate of Education (FDE), which oversees public sector schools and colleges in Islamabad, said the exam schedule for grades 1-8 would be announced soon.

‘Issues related to Palestinian settlement should not be side lined’: Putin