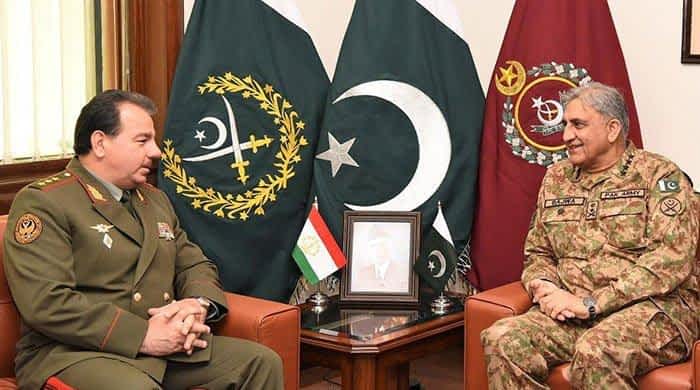 The ISPR said that the minister and the army chief in their meeting at the GHQ discussed matters of mutual interests.

The overall regional situation including recent developments in Afghanistan — especially the situation on the Tajik-Afghan border — was discussed, besides measures to further enhance bilateral defence collaboration.

“Pakistan values its brotherly relations with Tajikistan, which are based on shared faith, culture and convergence on all important issues relating to regional peace, security and stability,” said the army chief. He also appreciated Tajikistan’s efforts towards regional connectivity and its inclination to achieve the same through Pakistan.

At least 20 dead in Germany as storms lash Europe