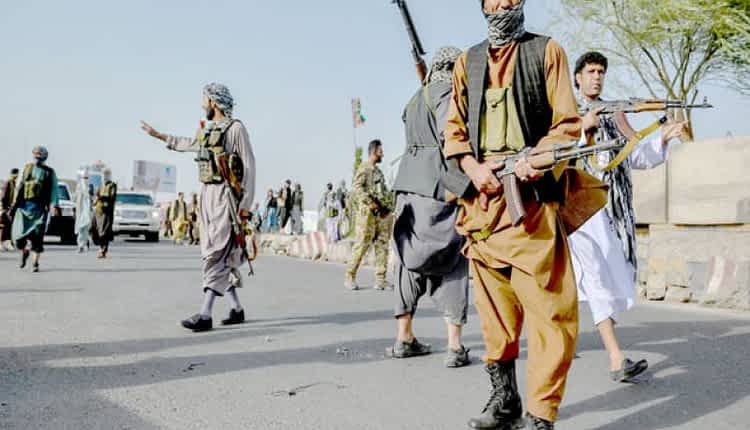 Herat, Afghanistan – Afghan and Taliban forces clashed again on the outskirts of Herat Saturday, a day after a police guard was killed when a United Nations compound in the western city came under attack. Violence has surged across the country since early May, when the militants launched a sweeping offensive as US-led foreign forces began a final withdrawal that is now almost complete. The Taliban have seized scores of districts across Afghanistan, including in Herat province, where the group has also captured two border crossings adjoining Iran and Turkmenistan.

Officials and residents reported renewed fighting on the outskirts of Herat Saturday, with hundreds fleeing their homes to seek shelter closer to the heart of the city. Herat governor Abdul Saboor Qani said most of the fighting was in Injil and Guzara district — where the airport is located. “At the moment the fighting is ongoing in the south and southeast. We are moving cautiously and to avoid civilian casualties,” Qani said. Government forces also called an air strike near a 10-bed hospital in Lashkar Gah, capital of Helmand province, that officials said had been seized earlier by the Taliban to treat its wounded fighters. Residents told AFP that Taliban fighters took over the Ariana Afghan Speciality Hospital to treat those hurt.

“This morning, the Taliban fighters came and forced the hospital staff to leave,” said Agha Mohammad. “Planes were hovering in the air at that time, and they were following the Taliban, and the air strike happened.” Sher Ali Shakir, provincial public health director of Helmand, said the hospital was destroyed, one person killed, and two wounded.