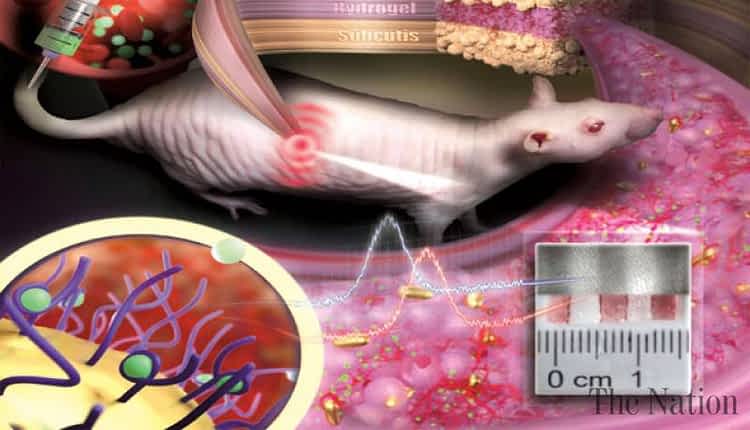 ISLAMABAD – Color changes of gold nanoparticles under the skin reveal concentration changes of substances in the body.The idea of implantable sensors that continuously transmit information on vital values and concentrations of substances or drugs in the body has fascinated physicians and scientists for a long time. Such sensors enable the constant monitoring of disease progression and therapeutic success. However, until now implantable sensors have not been suitable to remain in the body permanently but had to be replaced after a few days or weeks. On the one hand, there is the problem of implant rejection because the body recognizes the sensor as a foreign object. On the other hand, the sensor’s color which indicates concentration changes has been unstable so far and faded over time.Scientists at Johannes Gutenberg University Mainz (JGU) have developed a novel type of implantable sensor that can be operated in the body for several months. The sensor is based on color-stable gold nanoparticles that are modified with receptors for specific molecules. Embedded into an artificial polymeric tissue, the nanogold is implanted under the skin where it reports changes in drug concentrations by changing its color.

KE to bring down loadshedding during Ramadan