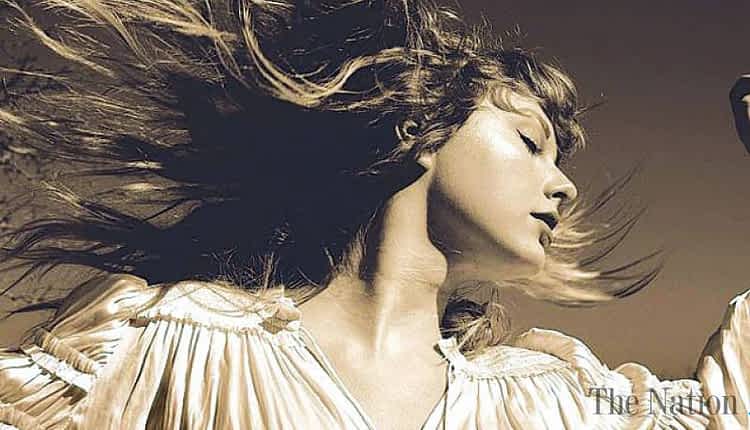 ISLAMABAD – Taylor Swift’s re-recorded version of Fearless has hit the number one spot on the Billboard 200 chart. Recently, the media outlet reported that the newly released version of her 2008 album, which also happened to reach the top of the listing upon its release, had come out on top of any other studio efforts.

This marks the ninth time that the 31 year old singer has reached the number one position on the publication’s chart, while she has also revealed that she’s already working on another re-recording. ‘Benn in the studio all day recording the next one – it’s really so amazing what you all have done here,’ Swift said in a quote retweet of Billboard. Swift hasn’t revealed which of her other original albums she is currently re-recording at this time. The original version of Fearless spent 11 nonconsecutive weeks at the top of the Billboard 200 and is her second-highest selling album overall. The re-recorded version of the 2008 studio effort was followed in the number two and three spots by DMX’s 2010 compilation, The Best of DMX, and Justin Bieber’s Justice. Swift is now currently tied with Madonna for the second-most number-one albums created by a woman, as the current record of 11 is held by Barbara Streisand.

Fearless (Taylor’s Version) is currently the only top-selling release that is a re-recording of another studio effort.