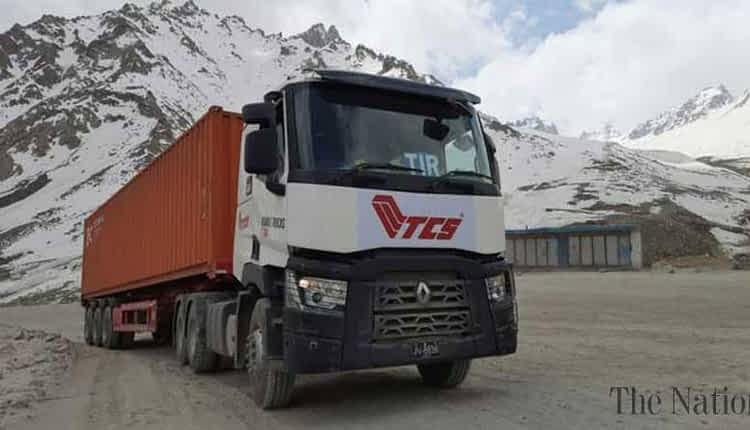 KARACHI   –  For the first time in Pakistan’s history, a TCS truck carrying commercial consignment, travelled from Pakistan to Uzbekistan via Afghanistan. This landmark achievement was led by TCS in collaboration with the governments of Pakistan, Afghanistan, Uzbekistan and Pakistan Regional Economic Integration Activity (PREIA). On its return journey, it took the same route to deliver goods in Karachi.

Commenting on this historic milestone, Khalid Awan, Chairman TCS, said, “In today’s world, trade moves through borders under a global system. Pakistan has entered that system now and TCS is the first Pakistani company to do so. “Regional trade is very important for our region. We have very strong ties with countries to our north, such as China and Central Asian Republics. Pakistan has enjoyed a traditional trade relationship with them and it has a very strong future potential,” he added.

The Pakistan Regional Economic Integration Activity (PREIA) provided technical and financial support for the pilot project involving TCS. The pilot shipment was the first in a series of five planned trial runs between Pakistan and Central Asia.

It is pertinent to mention here that this was the first successful international trucking pilot project. The purpose of Pilot runs is to physically check out routes and the Customs Interface Systems set up by member states. Most Regional countries including Afghanistan are now members of this global trade system. TCS is the first and so far the only TIR accredited operator in Pakistan.