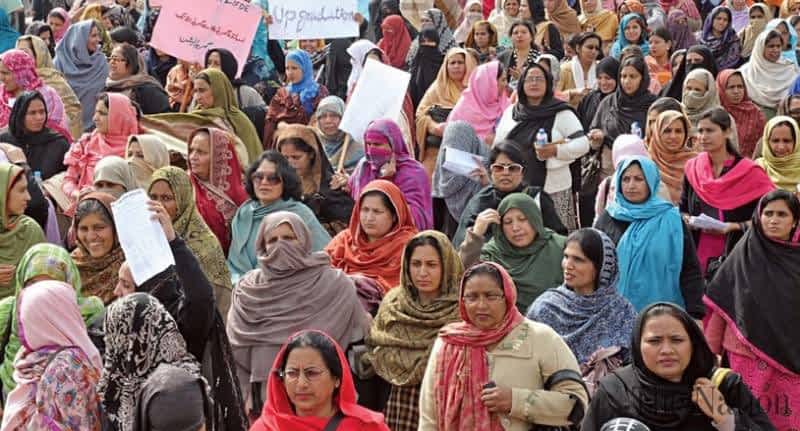 Teachers launching a protest march in Islamabad for their contractual employment to be declared permanent have finally held successful negotiations with the district administration.

According to details, teachers protesting in Islamabad after refusing to continue talks with the administration have held successful negotiations with the district administration.

After the negotiations administration has decided to release all arrested protesters.

Earlier teachers staged a protest in Islamabad outside Bani Gala for their contractual employments to be turned permanent.

Teachers, moreover in the federal capital Islamabad staged a protest, the police had first arrested 14 and later 30 more teachers and used tear-gas to disperse the protesters.

Police blocked the road leading to Bani Gala and baton charge the demonstrators.

Many were arrested after clashes broke out between the police and teachers, the demonstrators were throwing stones at the police.

Police was deployed in large numbers while teachers protested on the route of the Prime Minister Imran Khan.

Blood feuds claim hundreds of lives across KP every year