Technology addiction in children can cause obesity: Experts 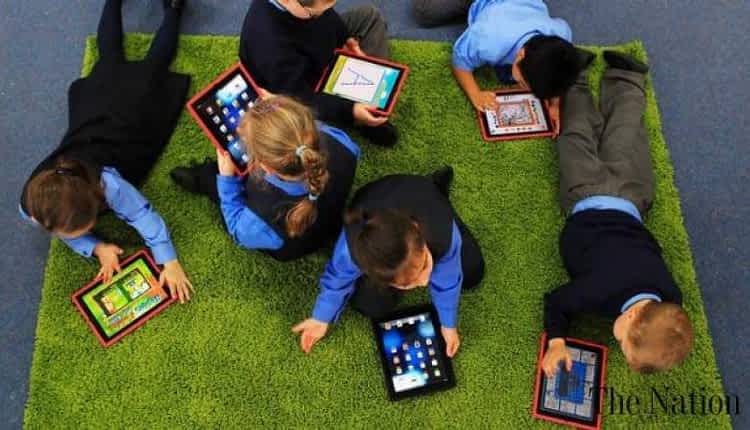 Excessive use of technology has been linked to a risk of obesity in children due to shortfalls in physical activity and sedentary lifestyles, according to a Turkish expert.

“Children’s gaming habits on tablets and computers negatively affect their physical activity levels. Children keep their energy inside instead of spending it outside by staying in front of the computer, tablet, TV or phone, which leads to a sedentary lifestyle,” social media specialist Deniz Unay stated.

Underlining that excessive screen time can pose a risk of obesity, Unay said it is possible to see even 2-year-olds using tablets and smartphones.

According to the World Health Organization (WHO), an estimated 38.2 million children under the age of 5 were overweight or obese in 2019. The prevalence of worldwide obesity nearly tripled from 1975 to 2016.

The UN health agency defined overweight and obesity as abnormal or excessive fat accumulation that presents a health risk.

“Obesity becomes unavoidable, especially with the use of technological devices and people being lazier,” said Unay.

He warned that obesity could open the door to severe health problems, especially in children. “Childhood obesity can cause insulin resistance or diabetes, fatty liver, increased cholesterol, sleep apnea, balance disorders, and especially the spine and posture disorders at a young age,” he said.

Unay said the increase in insulin secretion accelerates the development of adult-type diabetes in childhood and that if there is a family history of diabetes, the risk is much higher.

Obesity in children is related to genetic factors and hormones as well as lifestyle.

If there are hormonal disorders such as thyroid gland diseases and adrenal gland diseases in the child, the risk of obesity is higher, he said. “However, this does not mean that individuals with a technology addiction will not be obese thanks to a good genetic status,” he said.

“When it is noticed early and weight control is achieved, the situation can be prevented,” he said.

Unay warned parents not to give unhealthy foods to their children as a reward, making fast foods more attractive.

“People started to consume sweets and carbohydrates excessively due to advertisements and posts on social media and prefer ready-made foods instead of home meals,” said Unay, who added that it is a significant risk, especially for those with little physical activity during the day. He further added that fast-food should not be used as reward.

He advised developing the habit of eating vegetables and fruits to prevent obesity. And avoiding fast food-style diets and restricting television and computer use is necessary, especially for children.

He also said increasing physical activity and gaining knowledge of how to use technology properly can minimize the risk of obesity.

According to doctors, if precautions are not taken and obese children do not recover from obesity before they complete adolescence, it becomes inevitable that the quality of life at later ages will be pretty low, he concluded.