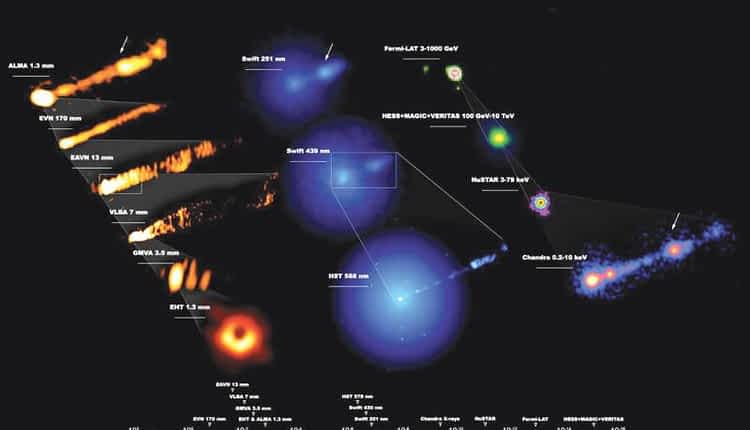 islamabad   –  In April 2019, scientists released the first image of a black hole in galaxy M87 using the Event Horizon Telescope (EHT). However, that remarkable achievement was just the beginning of the science story to be told.Data from 19 observatories released today promise to give unparalleled insight into this black hole and the system it powers, and to improve tests of Einstein’s General Theory of Relativity.“We knew that the first direct image of a black hole would be groundbreaking,” says Kazuhiro Hada of the National Astronomical Observatory of Japan, a co-author of a new study published in The Astrophysical Journal Letters that describes the large set of data. “But to get the most out of this remarkable image, we need to know everything we can about the black hole’s behavior at that time by observing over the entire electromagnetic spectrum.”

The immense gravitational pull of a supermassive black hole can power jets of particles that travel at almost the speed of light across vast distances. M87’s jets produce light spanning the entire electromagnetic spectrum, from radio waves to visible light to gamma rays. This pattern is different for each black hole. Identifying this pattern gives crucial insight into a black hole’s properties—for example, its spin and energy output—but is a challenge because the pattern changes with time.