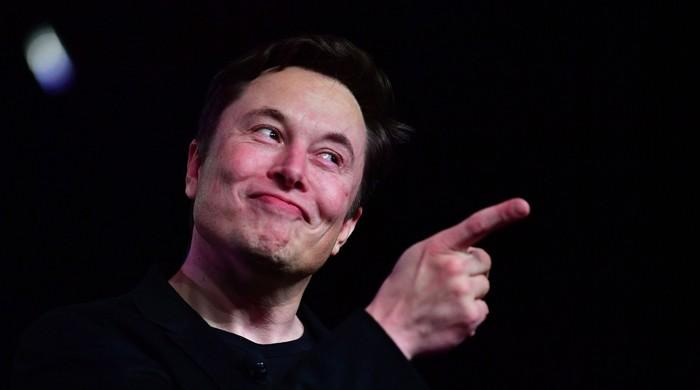 In this file photo Tesla CEO Elon Musk speaks during the unveiling of the Tesla Model Y in Hawthorne, California on March 14, 2019. — AFP/File

And Zach Kirkhorn, the company’s chief financial officer, will now be known as “Master of Coin,” Tesla said Monday in a filing with the Securities and Exchange Commission (SEC).

The company did not say whether the new titles, which are effective immediately, would bring with them any additional duties.

However, “Elon and Zach will also maintain their respective positions as Chief Executive Officer and Chief Financial Officer,” the filing stated.

Norm-shattering entrepreneur Musk, who has more than 41 million followers on Twitter and a fortune now estimated at more than $180 billion, has had frequent conflicts with regulators at the SEC and is not shy about tweaking them on social media.

In 2018, the SEC charged Musk with fraud, slapped him with a $20 million fine and demanded he steps down as Tesla chairman after he tweeted out a plan to take the company private.