The better half | Art & Culture | thenews.com.pk 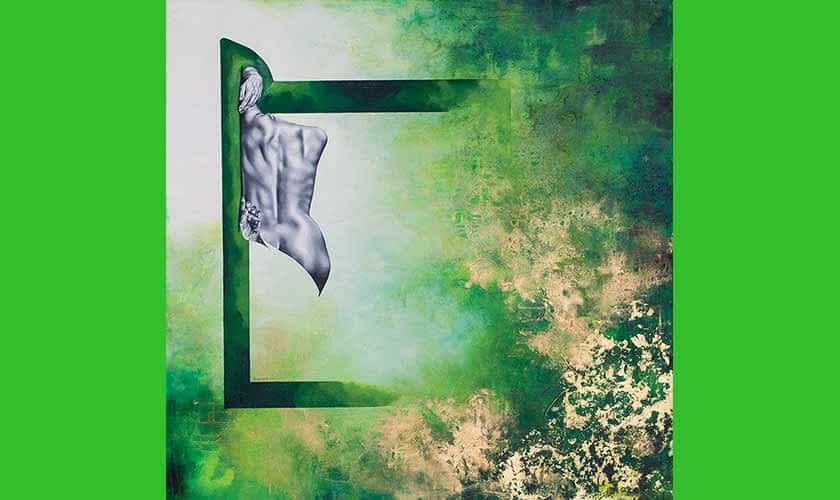 Frequently, the phrase “the other half” has a condescending connotation; implying that a woman is not an independent individual, but part of a composite entity.

Throughout history, there have been no women military dictators, or leading figures of a religious community (popes, chief rabbis, grand muftis, ayatollahs). Power and religion have been used to dominate, exploit and subjugate women in patriarchal cultures. Over centuries, societies were built in such a way that women’s absence from literature, arts, science, politics, law, sports and business was regarded not as exclusion, but a ‘natural’ state. Linda Nochlin in her ground breaking text Why Have There Been No Great Women Artists? reflects on this: “Like any revolution, however, the feminist one ultimately must come to grips with the intellectual and ideological basis of the various intellectual or scholarly disciplines – history, philosophy, sociology, psychology, etc – in the same way that it questions the ideologies of present social institutions”. Nochlin wrote her essay in 1970, but till this day, there is a disparity between sexes in terms of opportunities, exposures and income from creative expression.

The feminist movement has fought for the rights women were denied. It has also shaken the art establishment – artists, gallerists, curators, critics and collectors – mostly made up of men. The situation has changed, the structure has altered and positions have been created, yet some of the attitudes have lingered on. Hence, the relevance and need for feminist points of view, critique and spaces in art. The exhibition, Artdom (a term, substituting “art” with “free”) is a collaboration between women artists from Norway and Pakistan “to create spaces where female artists can interact and empower each other and also give the public tools to be inspired by their work”.

Their works were shown for a preview at Sanat Initiative, Karachi on January 28, before the exhibition’s opening in Norway. Initiated by Arghavan Agida (“a highly acclaimed artist, author, and singer advocating for freedom of expression and human rights worldwide”), Artdom is a unique project in which “eleven female artists in Norway visualised their thoughts and feelings on feminism. The artworks created by them were then transported to Pakistan and finished by eleven female artists from Pakistan”.

One half of each painting was produced in Europe and the other in South Asia, but if one is not aware of the genesis of these canvases, one would hardly spot geographical distance or cultural difference. Mainly because the selection of artists’ duos seems so apt that the imagery created by these pairs living 5,522 kilometres apart looks unified, connected and coherent. For instance, the painting titled: ‘For Her’, by Mia Gjerdrum Helgesen and Sarwat Gilani, has a seamless structure. One can’t draw a line between the two artists’ touch. Both these painters have represented female figures in simplified, stylised and lyrical forms. The movement of brush mark and the choice of vibrant hues have introduced a dominant aspect of abstraction – comparable to music.

A number of works affirm that “By crossing cultural boundaries and building bridges between two countries, the women involved in this project created strong ties”, visible the way majority of canvases are like (long distance – but strong) conversations. In Breaking Waves, produced by Yachi Shian-YuanYang and Khadija S Akhtar, you see two distinct styles meet, embrace and entangle. Akhtar’s signature vocabulary of intermingled forms compliments her Norwegian counterpoint’s busy imagery. Both have drawn fantastical scenarios. In one part of the painting, a fish is riding a bike. On Akhtar’s side, a bear is surfing in Karachi (with an Urdu description, too). Strong colours, spontaneity, the uncanny visual and unconventional texts provide multiple interpretations that can be a celebration of female empowerment.

Like Marxism, feminism has room to shift, adjust and reinvent itself with a change of settings. Women in Norway may not be facing the same issues as women in Pakistan. Issues like colour, class and customs determine how an artist responds to her situation.

Like Marxism, Feminism has room to shift, adjust and reinvent itself with a change of settings. Women in Norway may not be facing the same issues as women in Pakistan. Issues like colour, class and customs determine how a female artist responds to her situation. In the works created by Lene Merete Haugen and Amra Khan, called The Innocence and the Bride, one can see two figures, one fair skinned in robes, almost a mythological entity holding a white goat, next to an androgynous figure wrapped in sari with her palm in greeting or benevolent posture. The difference of attire, complexion and background hue/texture, suggests that the pair sitting on a single couch might belong to two different worlds.

The question of political and economic divisions is there in Women of the Earth by Marit Skyer Art and Haya Zaidi, too. Skyer draws women, may be of multiple ethnicities, all surrounded by words like hope, freedom, peace, love and “use your voice”. A pictorial vocabulary with its mixture of visual and script, reminds one of graffiti; and well-suited to Zaidi’s aesthetics. Her large female figures are in dupatta with small hands covering, crawling all over her body; and independent lips, arms and eyes floating in the background. One can get any meaning from her half of the canvas. However, both painters’ creations look interlocked, because of formal decisions about the openness of pictorial plane.

The exhibition offered a platform for female artists to converse using similar concerns. For instance, the interaction between the artists and their subjects (themselves) in Silent Conversation by Kari Anne Marstein and Farazeh Syed. Two females, from two backdrops – perhaps periods – encounter in a space, without making eye contact. Their presence in a picture frame, more than an exchange among them, can be a dialogue with spectators; asking questions about their identities, positions, rights and roles in life. These painters have rendered figures that look like first cousins from an ancient genealogy.

Both the characters appear confident, and defiant, like the model in Green with Envy by Trudy Wiegand and Scheherezade Junejo. In a backdrop of green and gold, one comes across the back of a female torso, with her hands on two sides. Junejo has carved a niche for herself in Pakistani art through remarkable depictions of sensitive, skilful and highly accomplished figures and postures. In the present work, along with Trudy’s signature abstract imagery, Junejo’s image conveys the stance of many women of today, who may not need to look out or look at others. The strength in the body, mapped muscle by muscle, masterfully by Junejo, symbolises internal power. It’s all about feminism, which does not require a male support, crutch or control.

This work, along with others in the show, reflects how residents of two remote locations can communicate, if they speak the same language, the language of feminism, in their distinct accents of art.

CM for completion of process to establish oil refinery in Karak