The city and the festival | Art & Culture 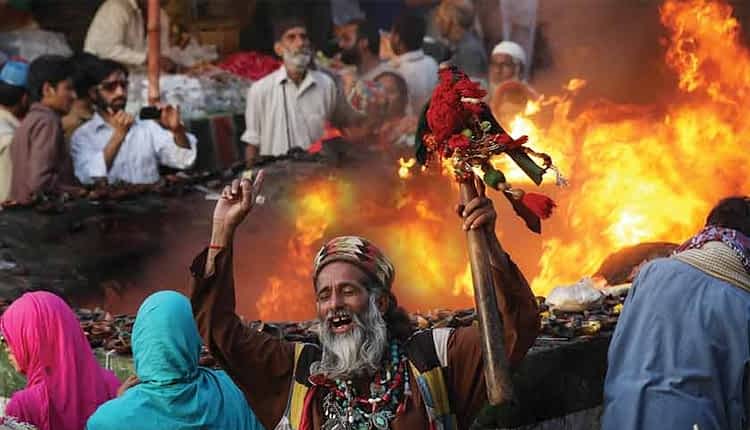 This year too, Mela Chiraghan shall not be held. There had been some uncertainty about it for a while but the time has resolved it and now it’s a definite thing.

This is the second year running that the Mela will not be held in the city. This seems bizarre considering that the festival was never put on hold during the worst of times the city has gone through its history. Even when it saw war, ravaging, destruction, pillaging and massacre, the Mela went on.

There had always been something very special about the Mela so that its cancellation has come like pouring of water on the vivacious spirit of the city and its residents. It may be argued that the spirit had already dimmed over decades under the pall of conservatism and obscurantism that has descended on the city, as indeed the entire country. However, it always retained the promise of igniting again.

The Mela was born in rebellion. It was always iconoclastic in nature. The city had always valued its independence and not bowed to the powers that be. It had raised its head time and time to assert its freedom and the right to rebel.

Being in the path of conquering forces it had to face their wrath. This resulted in destruction and devastation. Its citizens were frequently put to the sword but refused to embrace the indignity of the title of a pass over city. From time to time it raised its nonconforming head to challenge the status quo and seek justification for its existence in that act of defiance.

Shah Hussain symbolised that defiance and rebellion. He is recognised as a major poet of the Punjabi language and a sufi who did not conform to much that did not agree with his own spirit of non-conformism. He did not bow to political power or to the pressure of orthodoxy, choosing instead to be fully in sync with the truth as he saw it – no matter what the consequences.

Like Shah Hussain, the sufi, the city has defied many charges, sieges, conquests and purges. It has always come out of dark periods with a renewed commitment to unorthodoxy and change. It is the casting away of dogmatism that has been the signature of the city.

As the Mela loses its importance, the city awaits its own acts of defiance, rebellion and non-conformity. If it cowers down it may die and lose its glow.

It was said of Lahore that it always had eight melas to squeeze into the seven days of the week. The free spirited lasses of the city complained that they did not get enough time to participate and revel in all those, thus finding it impossible to balance revelry with chore. Yes, they were being forced to work while their hearts lay in the fun and frolic in the streets and open spaces of the city. For Shah Hussain there was no frowning upon fun and frivolity as he called for incorporating it into a full existence. When he encountered the khed metaphor in his rigorous penitential drill, a byword for education, he broke out of the circle dancing in an attempt to shed his chains and get to the crux of it all. It was a more direct manner of connecting and its flowering through music and dance an anathema to the more orthodox reading of piety.

Shah Hussain roamed and danced in the same spaces during Akbar’s Mughal reign and refused to accept a compromise in surrendering the spirit of defiance and rebellion. It should not be seen as a contradiction that even in those times with domination of power the fakir stood up for the cause of those considered ancient dwellers of the land. It is said that Dullah Bhatti was not an accidental ally for him.

Shah Hussain chose to stand up to usurpers and conquerors touting grand causes but ending up as apologists for subjugating the populace, brandishing orthodoxy for a puritanical order against those who yearned for the fullness of life to realise its true potential in its creative expression. He always stood out and risked being pointed out. Indeed, an act of true courage.

Considered the third major poet in Punjabi, after Baba Fareed and Guru Nanak, he formalised the poetic images and metaphors that went on to characterise the sensibility of the tradition. It is said that he was the first to use the kaafi as a major form of expression. Such has been his contribution that the kaafi has remained a major form in the Punjabi poetic tradition ever since. He was also the first to use the imagery of Heer and Ranjha. He emphasised the female voice as protagonist of poetic idiom in sync with the dominance of the female role in the poetic tradition of the land. Defiance, rebellion and nonconformity also lay embedded in the poetic expression that has not been abandoned by his successors.

A poet is often seen as a recluse, detached from the way society functions, but here he had the responsibility to point out the flaws and the failings no matter how gently couched or how powerfully backed. He made poetry the ultimate test so as not to stray away from the truth. He left nothing behind in terms of material possessions and acquisitions. He lived the life that he portrayed in his poetry.

As the Mela loses its importance, the city awaits its own acts of defiance, rebellion and non-conformity. If it cowers down it may die and lose its glow.