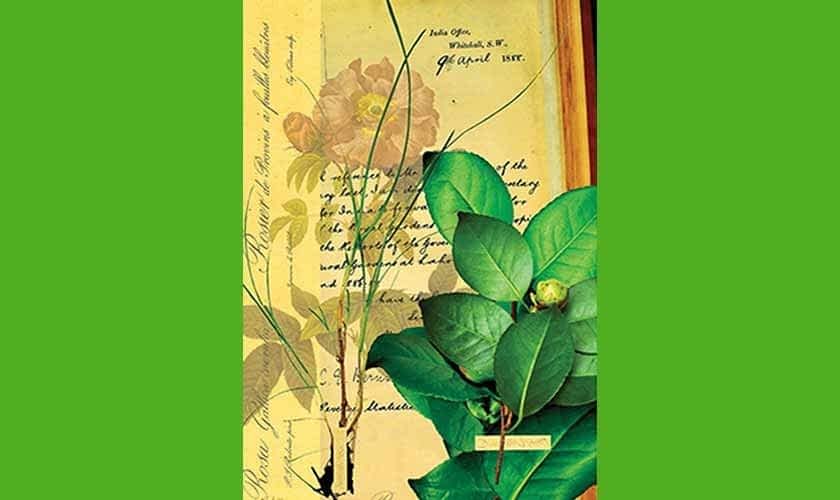 Anyone not familiar with a man called Lieutenant TG Carless, would assume that the title of David Alesworth’s recent show, The Carless Mapping, is either a typo for careless mapping, or about cartography without using a motorcar. Instead, the exhibition (December 1-10, 2020, Canvas Gallery, Karachi) refers to Mr Carless “who painstakingly mapped Karachi harbour in 1837-38, as a commission for the East India Company”.

However, without misreading the show’s title, one can still add other meanings into the works of Alesworth, a British-born artist, who painstakingly trained several generations of Pakistani artists, as the head of sculpture at the Indus Valley School of Art and Architecture, Karachi, from 1991 to 2002. “Alesworth is a sculptor, photographer and researcher of garden histories, working between Pakistan and the United Kingdom”. In the exhibition, you could see works revealing these three dimensions of his creative self.

The display includes one large carpet and a number of archival prints; in which the artist demonstrated his interest in documentation. History coupled with geography provides the backbone to his art, especially in his recent works. Alesworth must have collected thousands of images of Karachi, and Pakistan while he was living here. But he is still here, even though he currently resides in Bristol. His work breathes in this environment and traces the presence and idea of outsider.

The term ‘outsider’ can be interpreted ad infinitum. In a sense, everyone is a foreigner, because all of us track our origins far from the ground beneath our feet. This region was invaded, conquered, and colonised by various peoples. Between Aryans and British, the land was attacked by Arabs, Afghans, Central Asians, Portuguese and French, not always led by armies. Mercenaries, merchants, missionaries, artisans and other wanderers also sought better ventures and venues here.

A newcomer needs to know the area, so a map becomes a priority – whether in mind or on the surface of stone, clay, parchment, paper, screen. A map, in its essence, is an abstraction. It is not an objective rendering of factual information, but a subjective transcription. Hence the history of maps; which is as packed with contradictions, corrections, and distortions, as the corpus of history itself.

David Alesworth blends layers of history in his works; particularly in The Carless Kashan, 1838, using a carpet from Kashan that “was considered one of the most important trading places on the famous Silk Road”. Alesworth restored the old carpet, and superimposed on it a map of ‘Kurrachee’ as drawn by Lt Carless, which, the artist informs us, “was no innocent mapping of the terrain for the greater good but rather a precursor to military action”. In Alesworth’s piece, you see the idealised plan of heaven portrayed in the language of geometry and weaved in wool on the rug from Kashan, conversing with a colonial’s cartography of an alien settlement. The work, signifies a meeting point of different perceptions of tangible/desirable world.

In fact, it is not only in making a map that we are engaged in preserving our observations, information and knowledge of our surroundings. Often we indulge in erasure too (since the two acts correspond). You write on the slate of history by wiping what was inscribed before. However, some texts survive as ghost images, and haunt us. Alesworth denotes merger of diverse pasts; but more on how systematic recording of geography served Imperial designs. English officers, educationists, and orientalists gathered material on India (safely stored in libraries and archives both in the UK and the subcontinent). Initiated for political and military gains, this data is now accessed for other, multiple gains. David Alesworth’s exhibition is a long and continuous note on memory and amnesia. Along with the carpet, he is showing a set of three archival textile prints on satin cotton cloth, in which rose plants (from 18th Century French botanical engravings) and their description underneath, are embroidered in black cotton, thus elimination by blocking the detail of original image. The exhibition also includes a series of prints, titled Gardening the Archive, with pictures of plants composed against pages of notebooks from archives (India Office Library for instance). In another work, species of flora are superimposed on plans of Kensington Garden, London.

These works combine pictures, and botanical terms of vegetation, harking back to the primordial habit of humans ‘naming’ (started in the Garden of Eden), and controlling everything else. “And Adam gave names to all cattle, and the fowl of the air, and to every beast of the field” (Gen. 2:20), thus acquired supremacy and authority over them. Probably, the invention of writing was the first attempt in archiving. Soon, describing, inscribing and archiving became a tool of power. Human beings kept on calling what they saw, hence tamed; the way English colonials defined and subjugated what they encountered in India. According to the artist: “The Gardening the Archive series continues to weave together archival documents from Western horticultural history, many of these referencing locations that are now within Pakistan”.

Plants represent the soul of a soil. Humans can migrate, disown, denounce the land of their origin, but plants cannot do this. They are rooted deep within a place. Some species existed before the great phases of history, say, Kushan Empire or Mughal Dynasty. David Alesworth as part of 2nd Pioneer Canvas Residency, 2018 at Khushab, investigated vernacular vegetation, and drew from the fossil record that “represent some of the species of plants that laid down these fossil fuel reserves up to 350 million years ago”. He used “tractor mounted blade and D85 Bulldozer… to prepare each drawing surface” which consisted of bituminous coal and limestone dust, and were approximately three hundred feet long. These immense drawings on ground, made for a brief period of time, were photographed from a ninety-foot crane; and installed as archival print in the exhibition.

An intriguing aspect of these ‘drawings’ is their scale, because once made, these were not seen from a single viewing position, hence the best representation is not one’s own experience but through documentation. A drastic shift in scale changes the nature of these works; at Canvas Gallery, they give the illusion of drawings made in charcoal on a rough sheet. This, and other works from Alesworth’s show map not a physical terrain, but a mental landscape in which notions such as originality, authenticity, natural, implanted, exploited, exist side by side.

David Alesworth, besides being a celebrated visual artist and respected art teacher is also known for his involvement in gardening, of a professional scale/standard. A key to recurring references of plants in his artworks; but in reality, every artist is a gardener: watering, nurturing, clipping, pruning, protecting, planting, caring, cultivating and growing ideas/images that form the private archives of a creative individual. To Alesworth: ‘The Archive’ is also a garden, one closely tended to, and the garden is always an Archive, though also in flux”.

We have always been open to national dialogue: PM Imran Khan