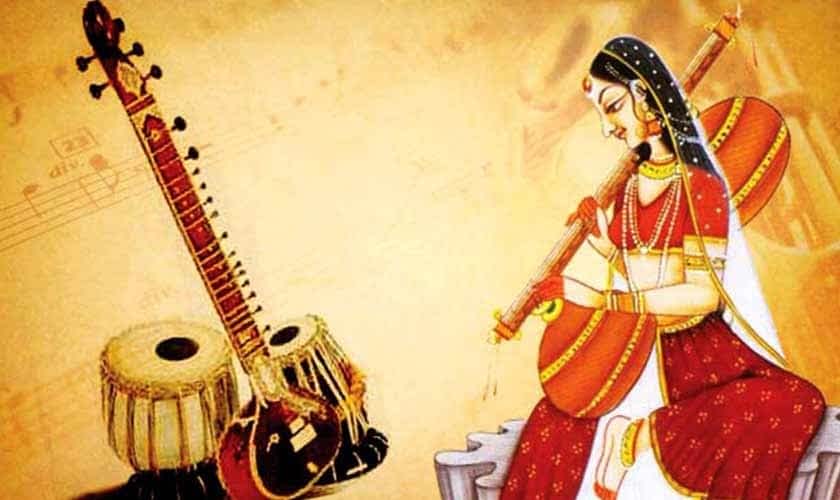 Music has always had an uneasy relationship with the lives of the Muslims of the sub-continent. Many listen to music and enjoy it, but when it comes to its emotive affirmation and intuitive apprehension, shy away from its full acknowledgement. The attitude has been compounded by the imposition of a colonial educational set up.

Religion, or a theological interpretation of religion, has much to do with it, but this bias, if it can be called so, was reinforced by the Muslims gradually losing political control, beginning in the 18th Century. It ended when they were totally driven out of the power equation by the middle of the nineteenth century.

Many from the so called ‘right’ or ‘conservative’ sections of the population attributed this loss of political power to the indulgence of the ruling classes. It has been asserted that the rulers and their cohorts had become too pleasure loving and placed the military preparedness on the backburner. The shifting of priorities that put the “shamsheer o sanan” in the cold and “taoos o rubab” in the foreground led to the gradual slipping of the power from their hands. This eventually led to their being reduced to a hopeless minority by the time the East India Company gained ascendancy in the sub-continent, particularly in its northern and central part.

Here the system of education was more caste/profession based and the teaching of music was limited to a highly specialized group raised to the status of a sub caste, But this local system of education, like many other systems was totally replaced and supplanted by their European counterpart. The indigenous schooling and its syllabi were seen as totally redundant and obsolete; so was the system of examination. Impersonal education and strictly laid down courses were imposed instead. This approach was a total or radical departure from the highly personal ustad-shagird, guru-shishiya or mualum-talib dynamic evolution of “ilm” as championed by our ethos.

The colonial model was meant to create an educated person who could be useful as a cog in the machine running the empire. The emphasis probably was unduly laid on the utilitarian aspects of education, rather than building storehouses of knowledge and reservoirs of wisdom. In all this, music, of course, had no role to play. If any, it was just reduced to the singing of anthems and recitations of religious text.

The educated gentleman who graduated to take on the functions of managing the Empire had no sensitivity about music and the fine arts. It was considered to be a useless pursuit meant only for the idle rich and those who needed to indulge themselves. The broader and sensitive understanding of the role of the arts was blocked to begin with and the result was that it was all looked down upon as disreputable and next to debauchery.

If there was any place for music it was for European music which was actually placed above and considered to be of higher value. The local musical traditions were all part of the dissipated living and seen to be responsible for the power slipping out of the hands of the Muslims.

Some of the English-medium schools, mostly the convent types, had piano lessons and it was seen as an essential instrument of the school educational apparatus. Mostly girls were made to participate in kind of choir singing or chanting with the accompaniment of the piano played by a competent nun. The text was mostly from the scriptures and the compositional were essential in nature but it gave some familiarity to the student about the instrument, the piano, which used to be a substitute for the church organ. Later, in some schools and colleges run by the missionaries, piano classes were included as part of the extracurricular activity and students learnt compositions of the European maestros. It was all part of the process of being groomed properly and it was considered to be essential for a good marriage prospect and to be of a certain social standing especially for the girls.

But tabla, sarangi and harmonium were never a part of the student extracurricular activity for these were seen as symbols of dissipation and dissolute living. The huge bulk of Urdu medium or local language schools had no music for it was seen as a throwback to the days of the nautch girls and the dancing prostitutes which had caused the downfall of the Muslim rule in India.

Unfortunately, the prejudice continued as there was a mushroom growth of English-medium schools in the private sector and the state of Pakistan distanced itself from music, considering it to be too hot a prospect to handle. Children grew up knowing little about music and only nursing a prejudice instilled into them. The theological quarters made it a point to label music as being against the injunctions of religion.

So the qawwals became just those lowly creatures who sang for their supper on the shrines. They were not to be mixed with socially but only to be seen and heard from a distance. It was safer to participate in recorded hearings of the qawwali and not as part of its actual performance.

But if the same qawwal, say Nusrat Fateh Ali Khan, was considered a great musician by those who stood as examples of success and high living, then it should have caused a full review of our attitudes and prejudices. However, it did not, and instead only managed to bring a selective appreciation of music. It had to be because the white man’s civilisation had said it so. The full certification of greatness could not be obtained and thus the qawwals could only be accepted for their music, but not for themselves.

A certain section of the population still lives perplexed by this paradox, but is not willing to go to the very basis of it to turn it round. It is only an imitation doing the rounds of civilisation. It is like living through the contradictions that we experience. Paying lip-service is not hypocrisy, but a way of living with us. Being too disruptive is perhaps not meant for us ordinary mortals, but only saints and sufis.