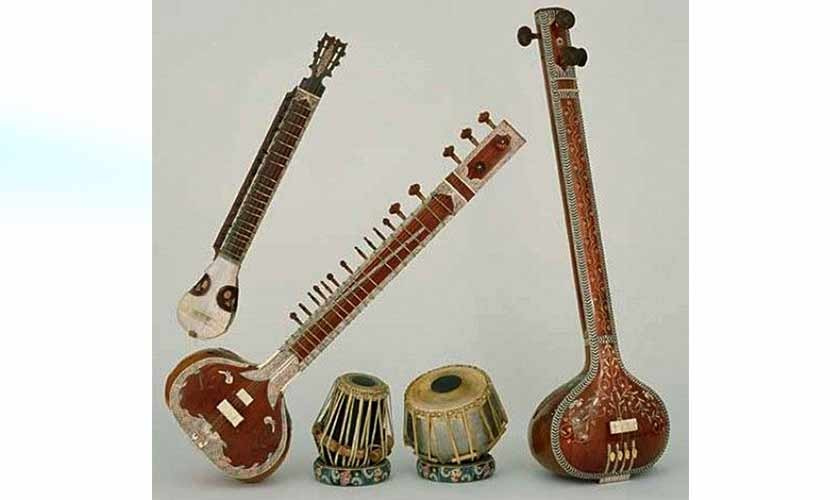 It appears that Vishnu Narayan Bhathkhande and Nawab Thakur Ali were great friends and they wanted to do something about music in the early part of the 20th Century. On the death anniversary of Pandit Vishnu Narayan Bhathkhande, perhaps it would be worthwhile to remember a close associate of his who wrote a seminal book in Urdu, Maraful Naghmaat, on the music of the sub-continent in the early part of the twentieth century. It is ironic and sad that even the actual date of the passing away of Nawab Ali is not known.

Though Maraful Naghmaat has attained the status of a seminal work, it is also seen by many of the practicing hereditary musicians as a work of great value. It stands all by itself, without any associated material or other writings leading up to it in Urdu or in English. Later researchers are all seen in the shadow of Bhathkhande and Nawab Ali. Many in the sub-continent see it only as an Urdu transliterated work of some of the basic research that was done by Bhathkhande in his life.

Printing presses were introduced by Europeans in India. All earlier documented work was done by the katibs. As far as classical music was concerned, there was an inherited bias against the written word. Our music was not written in the sense that it did not develop a system of notation that could be a solid reference point for playing or transmission of musical knowledge as in the West. The belief was, and still is, that it is so complex and intricate that it can only be transmitted orally. Its fulsomeness can only be encased in ‘seena ba seena’ transfer from one human being to the other. The ustad-shagird or guru-shishya saga has not only been a prosaic system of teaching and acquiring knowledge, but also a haloed pedagogical system with a mystique attached to it, like the purity that is subscribed to revealed knowledge.

Then not many works are to be found in Urdu or even in Persian. Perhaps Raza Ali Khan’s Naghmat-i-Asifia was the first major work in Persian at the beginning of the 19th Century. Some rudimentary writings in Dakhni appeared much earlier in the Deccan ascribed to the rulers there in the fifteen and sixteenth centuries. However, then the major works at the height of the musical patronage and performance by the various courts ranging from the provincial to the central, from 16th to the 19th centuries were not in Urdu, Persian or the dialects. It was only in the middle of the 19th Century that some literature was found in Oudh, that too is largely anecdotal. With the coming of the Europeans, serious scholarship was initiated, particularly by Orientalists such as Sir William Jones.

Known as Muhammed Nawab Ali Khan, Raja Nawab Ali and Thakur Nawab Ali, there is no definite information about his date of birth or death. He was a close associate of Bhathkhande and they probably met in 1912. Some say that he was a ta’luqdar, meaning a jagirdar, from Akbarpur in Setapur district from United Provinces. He was not only interested in music as were the Muslim nobility in India but had actually learnt music according to Sobhana Nayar from Ustad Kale Khan, Ustad Nazeer Khan and Ustad Muhammed Ali Khan, He was close friends with the eminent Munne Khan, Sadiq Ali Khan and Kalka Bindadin Maharaj.

According to Rashid Mallick, Nawab Ali wrote the book Maraful Naghmaat probably as a series of articles when the All India Music Conferences were being organised by Bhathkhande and seminars were held to discuss and debate many of the points that needed attention. It is said that he was coaxed by Bhathkhande to write a book in Urdu. Bhathkhande’s own writings have been in Sanskrit, Marathi and English, but not in Urdu. He is said to have presided over the music conferences and extended lavish patronage. It is said that he, as a good harmonium player, could play the sitar and sing dhrupad, dhammar and kheyal. According to Rashid Mallick, Nawab Ali was a shagird of Ustad Kale Khan of Lahore, probably the uncle of Barre Ghulam Ali Khan. Bhathkhande’s access to musicians and hence musical knowledge was due to Thakur Nawabs. He knew the Nawab of Rampur and the various outstanding musicians in the court there like Ustad Wazir Khan .The cheeses (bandishes) which he collected with great deal of effort were primarily from Barre Muhammad Ali Khan of the Senia Gharana.

He should be seen as more than just a junior partner or a sidekick to Pandit Bhathkhande who rewrote the rules of classical music in the light of the developments that had taken place in the Indian subcontinent after the arrival of the British. Bhathkhande rightly pointed out that the prevalent music or ‘murawwaja mausiqi’ be studied and then a theoretical framework drawn from it rather than trying to link it to the shastras written in the past.

Mired in the quasi-religious halal and haram debate, music has thrived in its performance but suffered at the theoretical and philosophical level. One way of doing so is to take a look again at those who have done the work. Nawab Thakur Ali seems to be one such person, dedicated to the cause of high music.

Prince Harry touches on his ‘military sacrifice’: ‘Nothing ever prepares you’