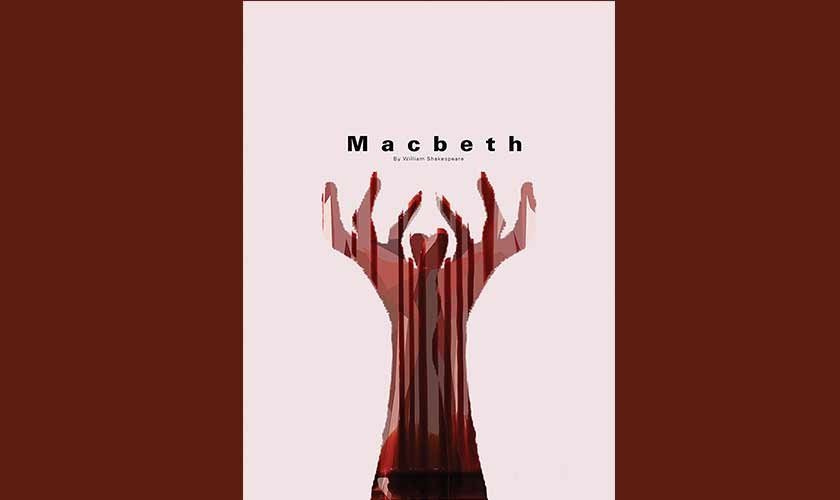 Theatre as an experience demands engagement: mostly visual, at times physical, and depending upon the ideational tendency of the producer, a certain level of emotional immersion. The coronavirus pandemic has brought another dimension to these parameters in the form of virtual interaction, which may appear to be a stopgap to the ongoing performance praxis but is gradually emerging as a subgenre of drama.

Now that the world has phased into pandemic-habitual state, the dramatic activities can be classified into different modes depending upon the available technology and digital convenience and appropriate and relevant means. What may have been initiated as a temporary necessity, has now turned into an innovative form of art.

Whether it is aural drama, virtual performance skits, or Zoom Digital Theatre (ZDT), all modes of performative endeavours showcase a unique simulated experience where the theatre subsumes all levels of visual and psychological engagement, if not physical. Using web-based conferencing software, Zoom stages live theatre to a live audience. Its urgency and immediacy shun webcast of recorded activity thus making each moment, each action, and each visual palpable in spite of audience’s freedom to remain masked. An active participation in a real-time event is offered by giving the choice of turning on the mikes whenever desired by an audience.

With hopes of gaining such an immersive experience, I became a part of Macbeth Project #6, an interdisciplinary performance made live through Zoom digital theatre.

The project was conceived and initiated in 2017 with six parts, the last of which took place on December 4 this year, an eerily apposite time to promote digital theatre. The performance aimed to adapt and appropriate and subsequently collate Shakespeare’s Macbeth into different inter-media forms and ‘multi-sensorial’ experiences. By utilizing RSVP/Repere devising model, the practice-based research involved six performance cycles including ritual and group theatre, site-specific, solo-performance, performance design installation, augmented reality and live Zoom digital theatre, an online interactive performance.

RSVP, the initials assigned to four components labelled as Resources, Score, Valuaction, and Performance, work together to promote a system of creative methodology for collaborations between researchers from various fields. This system helped the collaborators to simultaneously present the performance in front of different audiences, from perhaps all parts of the world, and acquire feedback and comments that helped in research documentation and enhanced the interdisciplinary and cultural impact of the production of Shakespeare’s work.

Macbeth Project #6 performance was a creative collaboration between Centre for Interdisciplinary Performative Arts (CIPA) Royal Birmingham Conservatoire, UK and the award-winning, internationally acclaimed Brazilian company, Os Satyros, São Paulo, Brazil with Aleksandar Sasha Dundjerovic as the lead director and Stephen Simms as Macbeth and performance host, who appeared over Zoom before the actual performance to predict live audiences’ future with tarot cards. The inclusion of tarot cards created an a-temporal and spatially open virtual arena demanding from audience an equally open reception of the content in reserve for them.

The impact of the psychodrama depicting a passive Lady Macbeth suffering from nervous breakdown enhanced the dream-like virtuality of the presentation. At the same time, it provided some funny, surrealistic and intriguing moments. What followed was aptly summed up in the description of the drama which defines it as “an adaptation of Shakespeare’s Macbeth and Sarah Kane’s 4.48 Psychosis.” Kane, an English playwright known for her experimental theatre, projected the most virulent form of on-stage violence during her short but active career. By adopting some of Kane’s extreme theatrical devices and anthropophagic performativity of Brazilian theatre, Macbeth Project #6 created an immersive experience which at times became too graphic to be viewed comfortably on-screen.

Through a mix of varied images projecting blood covered daggers, digitally truncated bodies, gory murders, loud ritual incantations, cross-dressing, miniature setting against blown-out on-screen presence of actors, western dance movements and music, Macbeth’s story was transposed into a “contemporary” yet timeless setting. The ghastly and uncanny feelings of the original play were maintained through the elements of ritual drama.

The question whether the performance was a migration, deconstruction or transformation of Macbeth is hard to answer because of the ubiquity of all levels of adaptation. The migration was radical in terms of trans-media transposition of the play text into a virtual space. The deconstruction was done at all levels of plot, storyline, characterization, dialogues, costuming and visual appeal. While the transformation happened with regard to both the method of projection and audience reception.

The transposition of physical theatre space to undefined online space is an emerging feature in today’s performance praxis. However, along with convenience, creativity, and virtual cohabitation, arise the possibilities of missing the communal experience that comes through corporeal coexistence or what theatre lovers call “theatre’s intoxicating feeling of connection.” What perhaps compensates for this is the collective memory which is recorded, documented and stored to impact the future events that may take place in the same space.

The use of non-theatrical space was managed through visual means such as simultaneous video projections. Juxtaposed with this openness was the confined and psychologically bounded life of Lady Macbeth, who remained detached from the murders, committed in Shakespeare’s Macbeth through her agency. Another parallelism was created through costuming; from Macbeth’s gradual stripping of his clothes, which were limited to a white fabric and white underwear, to complete nudity, which may correlate to Lady Macbeth’s deranged senses to the ultimate loss of her life.

The performance and the other online platforms striving to keep the theatrical activities running, allow the audience a dual experience: one of proximity because of the visual engagement with the screen and the other of safety from the emotional intensity of the actions owing to the freedom to conceal one’s identity. The screen, thus, becomes the classic fourth wall with fringe benefits.

Since Macbeth #6 was an outcome of research work, a post-performance discussion proved an immensely useful method of explaining the ambiguities and making of the performance. Those in the audience were empowered to keep their mikes open and share feedback as well critique the play. What ensued was an interactive session mostly focusing on the limits of experimentation in the creative arts.

With new opportunities for experimentation, the online theatre has become an affordable platform for both theatregoers and artistes. For the latter, it has opened up opportunities to be their own cinematographers, sound and costume designers, make-up artists, and tech crew. Actors have also become extra creative in developing a connection with an audience sitting thousands of miles away and anticipating a theatre-like experience. Even the writing and staging of the script has been made compatible with the themes that match the virtuality of online media.

Although an authentic and honest performance, Macbeth #6 remained an emotionally disjointed experience because of actors zooming in and out with clearly defined shifts. Only time will tell how far ZDT goes into making history in the dramatic arts and dictate the fate of the live-arts post-pandemic industry. It has no doubt changed the parameters of performativity and audience experience.

The writer has a doctorate in Nigerian drama. She serves at the Department of English and Literacy Studies, University of Management and Technology, Lahore, as Assistant Professor and Chairperson