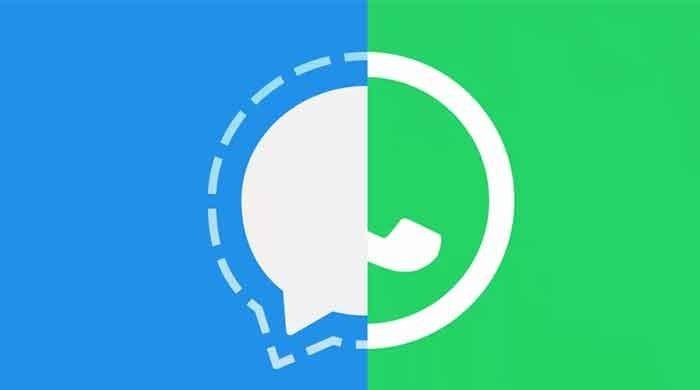 The logos of WhatsApp and Signal.

Signal is taking full advantage of the WhatsApp crisis and introducing several features that are available on the Facebook-owned messaging app, according to a Wabetainfo report.

The WhatsApp rival has recorded a massive jump in the usage since new privacy policy angered the users worldwide triggering the biggest digital migration. It has since postponed the new terms until May.

But the damage has been done despite several clarifications.

The make full use of the situation, Signal is incorporating several features to give the users a WhatsApp-like environment so that they don’t quit.

Here are the new features which would be rolled out soon:

It is a feature available in the contact info page to set a custom “about”.

It is also offering an option to users to create animated stickers from the Signal Desktop app, allowing you to share them with your friends.

A peak into the update shows that the interface is practically the same as that of WhatsApp. Both apps have a wallpaper preview, including contact name and call buttons, the possibility to reset the wallpaper, solid colours, custom wallpapers per chat and the feature to swipe between wallpapers.

Signal is also implementing a low data mode for calls to save users’ money.

Signal allows now to see your chats on the iOS share sheet, a feature which was implemented by WhatsApp in 2020.

The new update will allow users to choose when the media files should be automatically downloaded.

Like WhatsApp, Signal is increasing the limit of group call participants to 8.

Signal has implemented the possibility to create a shareable group invite link, to invite other Signal users to your groups.