Thousands of Rohingya refugees relocated to remote island in Bangladesh 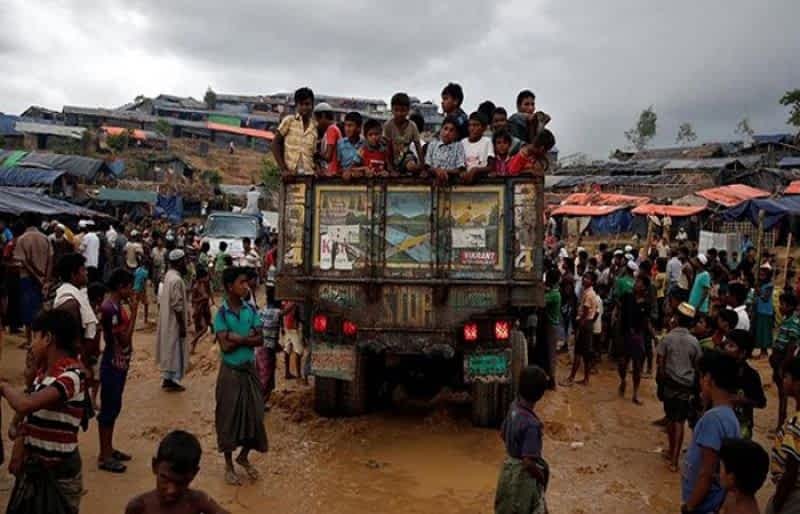 Some 1,600 Rohingya refugees have been shifted to the remote island of Bhasan Char in the Bay of Bengal. According to human rights groups, many people were not willing to relocate and were forced to move, BBC reported Friday.

Bangladesh, however, maintains that all the refugees willingly moved to the island and no one was coerced to do so. According to the government, relocating some of the refugees to Bhasan Char will ease the overcrowding in camps that house more than 1 million Rohingya, a Muslim minority group that fled Myanmar to escape persecution.

According to the report, Human Rights Watch interviewed 12 Rohingya families who said their names had been included in the list of refugees to be moved to Bhasan Char against their will.

In response to the move, the United Nations High Commissioner for Refugees (UNHCR) called on Bangladesh on Friday and asked it to uphold its commitment by ensuring that all those relocated to the remote Island have consented to the decision.

“UNHCR stood ready to evaluate conditions on the island to ensure that it is a “safe and sustainable place for refugees to live,” if permitted by the government, UNHCR spokesman Babar Baloch said, per Reuters.

PCB to push for T20 WC to be moved out of India in absence of visa assurance: Mani

Anti-Pakistan designs to be foiled: Buzdar