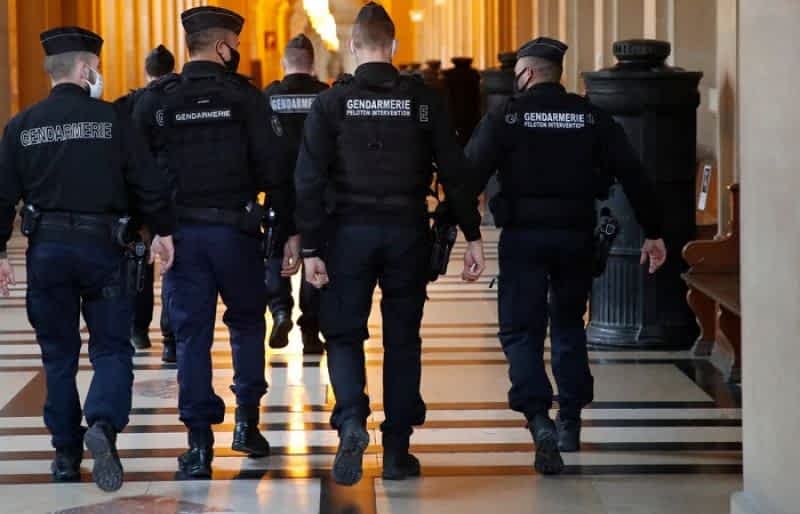 Three French police officers were shot dead and a fourth wounded when a man opened fire as they arrived at a house in a remote village in response to a call about domestic violence against a woman, police said on Wednesday.

France’s interior ministry said an operation was underway to locate the suspected gunman.

The mayor of the nearby French town of Saint-Just said a police rapid-reaction unit was on the scene following the fatal shooting in the village, according to the CNews television station.

Mayor Francois Chautard said officers from the gendarme police force were called to a report of domestic violence in the village in central France, some 180 km (114 miles) west of the city of Lyon.

When police arrived a man starting shooting at them and then set fire to the house, according to French broadcaster BFMTV.

The woman, who was the reported victim of domestic violence, sought refuge on the roof of the house and was rescued safely by police. The house was destroyed by the fire.

A representative of the regional prefect’s office told Reuters: “This is a gendarme operation which is related to domestic violence, which has seen some developments that are still in progress”

France’s interior ministry said the three gendarme officers killed in the incident were aged 21, 37, and 45.