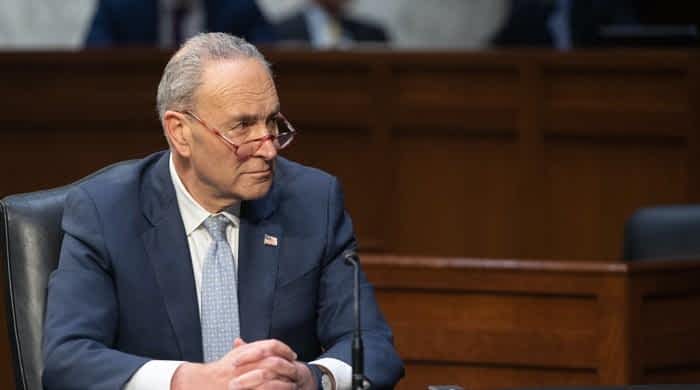 WASHINGTON: Top Senate Democrat Chuck Schumer said Thursday  that President Donald Trump should be removed immediately from office after inciting the “insurrection” at the US Capitol.

“What happened at the US Capitol yesterday was an insurrection against the United States, incited by the president. This president should not hold office one day longer,” Schumer said, two weeks before Trump is scheduled to hand over power to President-elect Joe Biden.

Schumer called for intervention by Vice President Mike Pence, who angered Trump Wednesday by acknowledging he could not overturn their election defeat in a ceremonial congressional session raided by a pro-Trump mob.

The New York senator called on Pence to invoke the 25th Amendment, in which the cabinet by a majority vote can remove a president for incapacity to serve.

“The quickest and most effective way — it can be done today — to remove this president from office would be for the vice president to immediately invoke the 25th Amendment,” Schumer said.

“If the vice president and the cabinet refuse to stand up, Congress should reconvene to impeach the president.”

Senate Majority Leader Mitch McConnell had already told senators to go home until the eve of the inauguration.

But Schumer is in line to become majority leader after Democrats were projected to win two Senate runoffs Tuesday in Georgia.

If the threats are carried out, Trump would become the first president to be impeached twice.

The House of Representatives already voted in December 2019 to impeach him for holding up congressionally authorized aid to Ukraine as he pushed for a far-fetched investigation into Biden.

But Trump remained in office after a vote to remove him failed in the Republican-controlled Senate.

New Zealand beat Pakistan by an innings and 176 runs