Toshakhana gifts worth millions of rupees put on auction 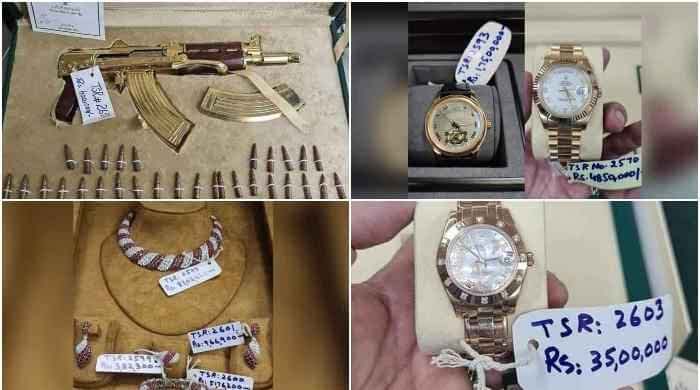 ISLAMABAD: The government has decided to auction various items available in the Toshakhana of the Cabinet Division.

These items range from a L.U. Chopard watch worth Rs17.5 million to a Rolex watch of Rs3.5 million.

The items will be available for the officers of the federal government and armed forces to bid on when the auction starts on November 4, according to a Cabinet Division notification.