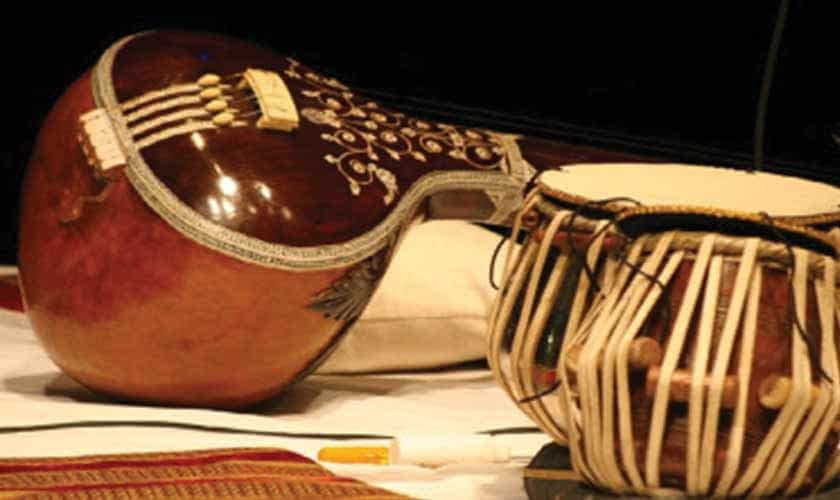 In our history of music, the division between the scholar and the practitioner has stayed. While many have been truly outstanding scholars, their role in the practice of music is not known or it has been minimal. Many of the outstanding practitioners have not been really interested in the theory and evolution of music even of their own tradition.

The two strands at times have stayed totally independent of each other to the detriment of the entire corpus that includes both the scholarship and the practice of music. There have been very few serious scholars of music and one of them is Ustad Badaruzzaman. He comes with the huge advantage of being a practitioner of music. He has studied the history and theory of music and has thought deeply about it resulting in fifteen books on our music. He has dwelled on subjects which have been of keen interest and has addressed many of the problems, which may have appeared to have been irreconcilable. The history of music has not really been documented in the written form or the consistency has not been maintained due to reasons like invasions and violent changes in the social, cultural, linguistic and political set up. So, for a logical understanding to develop, especially regarding the gaps, one has to comply with studied and thought-out assumptions.

However, the present book, which is a collection of articles published earlier, is mainly about the outstanding practitioners of the various forms of music in our part of the world. Some have died in the near past while some lived hundreds of years ago. However, for the author this does form a part of the chain which is still relevant or has a bearing on the music as it has evolved.

The most intriguing articles have been on Chinese music. We all are witness to the rise of China. It appears that it will be the leading power in the world even sooner than predicted earlier. We claim to have a very deep understanding and relationship with China, but all said and done, our knowledge of the Chinese history, culture and arts is rather limited. Despite all the lip service being paid to the Chinese the exchange of cultural troupes and scholars have been few and far between and our relationship fails to go beyond that of strategic areas and economic advantages, gains and cooperation.

However, it is crucial to know and understand the Chinese art and culture for a lasting bond between our societies. It seems to be rather bold and courageous on the part of the author to write about Chinese music and its peculiarities. We know much about the West for the obvious reason that the West ruled over us and still monopolises vast funds of knowledge. This conditions the way we assess facts and chart the values that form the canons in art. However, the Chinese remain hidden behind their Great Wall. It is all a mystery and a tale yet to be told.

Besides literature, theatre and film music, too, needs to be understood. Perhaps it is the most difficult to be understood given its esoteric nature. It appears that Ustad Badaruzzaman has fired the first shot and has had the courage to at least take up the subject. He has written about the deep connections that the two civilisations – the Indian and the Chinese – have and how these were reinforced by Buddhism. This later spread to Japan, Cambodia, Laos, Vietnam, Thailand and Burma.

The links are there but more work needs to be done. These beginnings can provide motivation for others to look into the music, its theoretical basis as well as its role in the structure of society. What was music, especially its higher or purer or classical forms and what was its relationship to the intellectual and emotional aspirations of the society. Its prestigious place in the long monarchial tradition, the pedagogical arrangement, the styles and how music passed on from one generation to the other should also be considered besides its technical niceties.

Even in these very rudimentary couple of articles on the Chinese music, the references quoted are sixteen. Since most of the history of our music has been oral, the tradition of citation has been rather disjointed. Badaruzzaman stands out because with him following the rigorous rules of research and then its publication citation and proper referencing is a requisite. Despite the limitations he does not rely on hearsay but cites sources, the principal reason why his works are taken seriously.

He has also written about the state of music in Pakistan and the reasons why the classical forms have not really been able to prosper. It all started with the censorship of the syncretic heritage of the forms and references to a doctoring of culture by an elite that wanted a new cultural expression for a new country. The religious identity that started to dominate the national discourse further reduced the space for music as it had evolved in the thousand-year history of northern subcontinent.