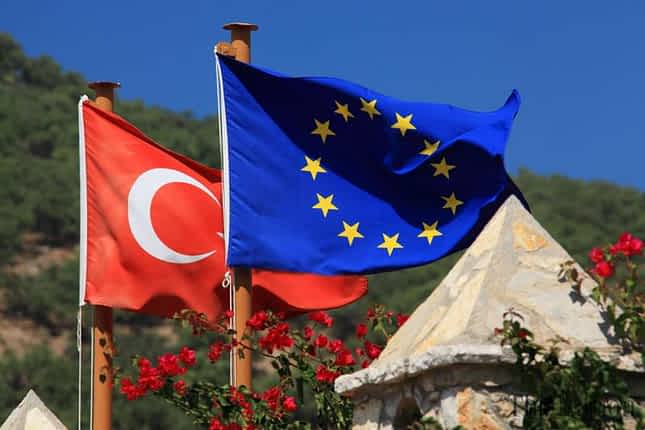 Turkey’s presidential spokesperson said EU membership is a strategic priority for Ankara and that the bloc’s leaders should see Turkey-EU relations strategically.

The EU leaders should leave all ideological and political biases aside and see Turkey-EU ties through a “strategic mindset”, Ibrahim Kalin told EU officials in Brussels.

Kalin visited Brussels on Friday prior to the EU summit on Dec. 10-11. During the visit, he separately met Maryem Van den Heuvel — the chief foreign policy advisor to the EU Council President Charles Michel — Bjoern Seibert, President of the European Commission Ursula von der Leyen, and Helga Schmid — the secretary-general of the EU’s external action service.

Among the topics of discussion were Turkey-EU relations, situation in the Eastern Mediterranean, Libya, Syria, and Karabakh.

The strategic importance of the Turkey-EU relations is increasing, and there is a need for “new and concrete” steps to bring a new dynamism, to boost cooperation and to strengthen the relations of mutual trust, Kalin added.

He also underlined the need for new ideas for a fair and permanent solution of the Cyprus issue, and said Turkey is ready to start exploratory talks with Greece.

He added Turkey will continue its constructive approach to protect peace and stability in the region.

He stressed the bilateral disputes should not tire and take hostage the Turkey-EU relations, and reiterated the importance moving towards positive agenda in EU-Turkey relations that have increasing strategic importance.