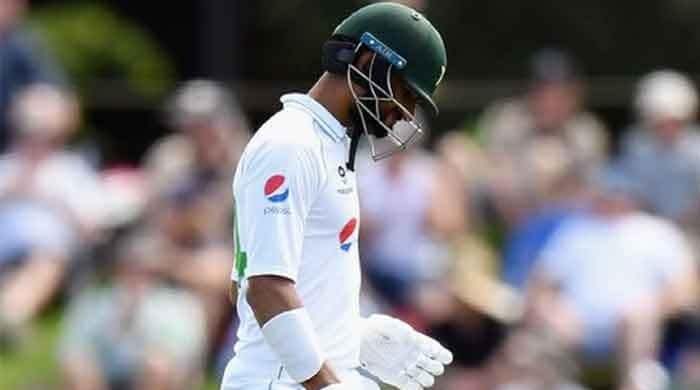 Pakistan’s left-handed opening batsman Shan Masood has earned the public’s ire on social media after scoring a pair of ducks in the second Test match against New Zealand.

The left-handed Pakistan opener has scored a pair of ducks in the second Test against New Zealand, which when paired with his duck from the second innings of the previous Test gives him three straight failures.

Below are some examples of how Twitter bashed Shan Masood for his hapless form.