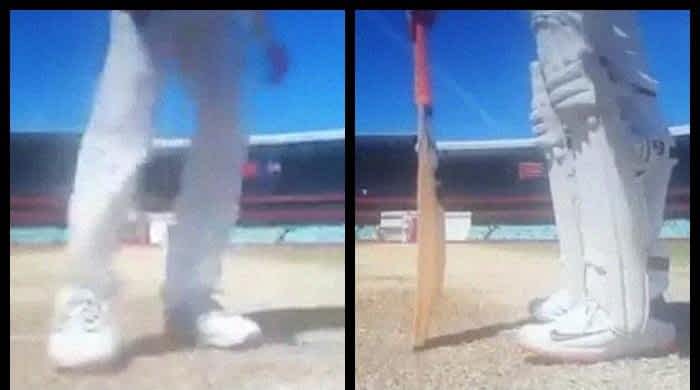 First it was the racist slurs from the crowd, then it was a heated exchange between India’s Ravichandran Ashwin and Tim Paine. And now, Australia’s Steve Smith is under fire for allegedly scuffing Rishabh Pant’s guard marks at the Sydney Cricket Ground (SCG) during the third Test match.

India’s tour of Australia has been in the news for more than just cricket.

Former Indian batter Virendra Sehwag took a dig at Smith in a tweet. “Tried all tricks including Steve Smith trying to remove Pant’s batting guard marks from the crease. Par kuch kaam na aaya [But nothing worked],” he wrote, adding that he was “so so proud of the effort of the Indian team today”.

A video captured by the stumps camera showed Pant analysing the pitch after Smith’s attempt to scuff guard marks.

Some Twitter users spoke of the 2018 Cape Town Test sandpapergate scandal wherein Smith was banned from playing cricket for some time and removed from captaincy.

It may be added here that Smith was banned for 12 months along with fellow teammates Cameron Bancroft and David Warner, who were banned for 9 months, over a ball-tampering attempt in a match against South Africa in 2018.

On Sunday, Cricket Australia apologised to the Indian team and launched a probe into allegations visiting players were subjected to racial abuse by part of the crowd during the third Test.

Team India had filed an official complaint on Saturday bowlers Jasprit Bumrah and Mohammed Siraj complained of hearing racist slurs while fielding near the boundary rope.

Separately, Australian captain Paine got into a heated fight with Indian all-rounder Ashwin on field.

Paine, who was wicketkeeping, used an abusive word towards Ashwin, who was batting at that moment, saying he could not wait to get the Indian cricketer to the Gabba in the decisive last Test. To which, Ashwin retorted saying he couldn’t wait to take Paine to India to finish his captaincy.