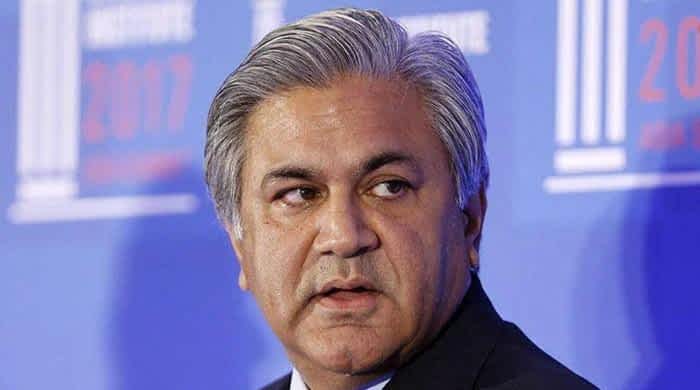 LONDON: In the latest development in the Abraaj Group founder Arif Naqvi’s case, the Westminster Magistrate’s Court is set to rule soon whether the Pakistani business magnate would be extradited to the United States or not, weeks after a similar request for Wikileaks founder Julian Assange was blocked.

The US request to extradite Assange was blocked on basis of the 49-year-old Australian editor’s deteriorating physical and mental health conditions, with District Judge Vanessa Baraitser saying she refused due to “fears that he could commit suicide”, similar in Naqvi’s case as his lawyers have publicly stated during the proceedings before the chief magistrate, Senior District Judge Emma Arbuthnot.

Judge Baraitser had ruled at the Old Bailey court on January 4, 2021, that Assange could not be extradited to the US due to risks pertaining to his mental health and took notice to the submissions by the editor’s lawyers in relation to increased concerns that came to light in recent years over prison conditions at the US facilities.

Assange is wanted in the US over 18 charges pertaining to the 2010 release of 500,000 secret files detailing the aspects of military campaigns in Afghanistan and Iraq through WikiLeaks.

However, despite the fact that arguments of clear political motivation demonstrated possible interference, the judge did not include any of it in her decision, stating instead that while prosecutors met the tests for extradition, the US was incapable of preventing him from attempting to take his own life if sent to a prison there.

Similarly, several expert witnesses have appeared during the Arif Naqvi case proceedings to testify before the judge about conditions at the US prison facilities where the Pakistani businessperson would likely be held.

It is notable that while most white-collar detainees in the US — mainly Americans — are held in open prisons or camps, the same would not be the case for The Abraaj Group founder as he is a foreign national and would therefore be subjected to a medium-security prison at the very least. American prisons are notoriously gang-ridden, with violence and drugs rampant across the system, sometimes with the help of those who work in the prisons themselves.

James Troisi, one of the expert witnesses who has held various senior positions at the ECC, was quoted as saying: “There are certainly bad apples in the mix of sworn staff.

“It would be a very brief period of time before Mr Naqvi’s status would be common knowledge. There are gangs and career criminals in every housing unit.

“Mr Naqvi will be seen as a man of means and there will be people that will want him to provide commissary purchases and provide goods if he wants to eat tomorrow”.

Six expert witnesses in total have provided evidence to the UK court, noting that sending Naqvi to a US jail would compromise his human rights, endanger his life by exposing him to potential violence, and likely result in no access to proper medication and adequate care for his health.

Apart from Troisi, others who gave video testimonies to support their written ones in the last hearing included Michael Baldassare, Joel Sickler, James Joshua Dratel, and Lindsay Lewis.

Naqvi’s lawyers have argued that prison conditions in the US have worsened substantially, falling short of Article 3 of the Human Rights Convention — especially with the onset of the COVID-19 pandemic.

The ECC has been provided as an alternative to the other prisons because Naqvi’s lawyers had already raised serious concerns to the court about those facilities.

Naqvi, Baldassare told the court, would be unable to get bail in the US because the way in which the system is weighed against him — he is neither a US citizen nor does he have strong community ties in New York. Further, it was still unclear as to what the prosecutors would seek by the way of bail.

Sickler, another expert, commented that prisons are “psychologically and emotionally debilitating for prisoners in the US… prisons are inherently dysfunctional in the US” and that he was already traumatised by the seven weeks spent in HM Prison Wandsworth.

Back in April 2019, Naqvi was arrested in London on a request from the US over allegations of money-laundering, racketeering, and fraud. The Pakistani national faces close to an incredible 300 years in jail on 16 counts if extradited to America despite, as an earlier hearing was told, all investors getting their money back.

Naqvi has through his lawyers continued to strongly protest the disturbingly-long, 300-year sentence.

The hearing has concluded and a decision due soon.