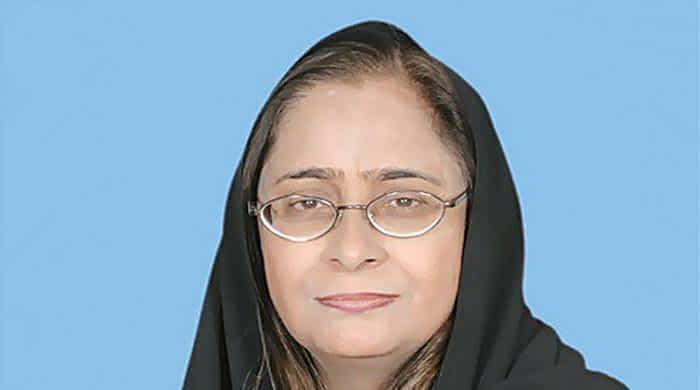 Genomic sequencing carried out in Karachi has revealed that around 50 per cent of the Covid-19 cases in the city are of the United Kingdom (UK) variant of SARS-CoV-2, which is more contagious than previous variants of the virus.

Sindh Health Minister Dr Azra Pechuho said this on Wednesday as she urged the people to take precautionary measures as the viral disease had started to spread at a rapid pace in the city.

“Like other cities of Pakistan, cases of UK variant of coronavirus have been found in Karachi. Almost 50 per cent of the new cases are of the UK variant in the port city,” the provincial health minister said in a statement.

Originated in the UK in December 2020, the so-called UK variant is a ‘variant of concern’ as classified by the World Health Organisation (WHO) and the Centre for Disease Control and Prevention (CDC), United States. According to experts, the virus is around 100 per cent more contagious than the original coronavirus.

Dr Azra warned that the UK variant spread more rapidly compared to the original virus, which meant that more people would get infected with the virus and many of them would require hospitalisation for recovery. She said most of the receny deaths in Punjab and Khyber-Pakhtunkhwa are due to the UK variant of the novel coronavirus.

She expressed the fear that the new and deadly variant would spread rapidly in Karachi during the coming shopping season and Eid holidays when a large number of people would visit markets, bazaars and shopping plazas. She urged the people to take precautionary measures and follow the standard operating procedures (SOPs) to prevent themselves and others from the virus.

The health minister also urged the people to get themselves vaccinated against Covid-19, saying all the Covid-19 vaccination centres would remain open even after sunset.

“I would urge people to get themselves registered with the National Immunisation Management System (NIMS) on its website or by sending the CNIC number to 1166,” she said and added that people above 50 years of age could get themselves vaccinated after registering themselves at the immunisation portal.

Three more people have died due to Covid-19 and 885 others have tested positive for the disease during the past 24 hours in Sindh, with the death toll due to the viral coronavirus infection reaching 4,562 in the province.

Chief Minister Syed Murad Ali Shah said in his daily situation report on the health emergency on Wednesday that 12,881 samples were tested in the past 24 hours, resulting in 885 people, or seven per cent of those who were screened, being diagnosed with Covid-19.

The provincial government has so far conducted 3,511,838 tests, which have resulted in 275,080 positive cases, which means that eight per cent of those screened have been found to be infected, he added.

Shah said that after the latest deaths, the rate of the diagnosed people who have lost their fight with Covid-19 stands at two per cent in Sindh.

He said that 9,220 patients across the province are currently infected: 8,780 are in self-isolation at home, nine at isolation centres and 431 at hospitals, while 397 patients are in critical condition, of whom 47 are on life support.

He added that 246 more people have recovered during the past 24 hours, increasing the number of cured patients to 261,298, which shows the recovery rate to be 94.9 per cent.

As for the other districts of the province, Hyderabad has reported 163 new cases, Sukkur 31, Kambar 23, Matiari 18, Badin and Ghotki 16 each, Thatta 15, Dadu, Sujawal and Jamshoro 14 each, Khairpur, Shaheed Benazirabad and Naushehroferoze 12 each, Jacobabad 10, Tando Muhammad Khan nine, Umerkot eight, Larkana seven, Mirpurkhas four, and Sanghar and Shikarpur one each, he added.

The chief executive reiterated his appeal to the people of Sindh that they should comply with the standard operating procedures devised by his provincial government.

Another subdivision of District Central locks down