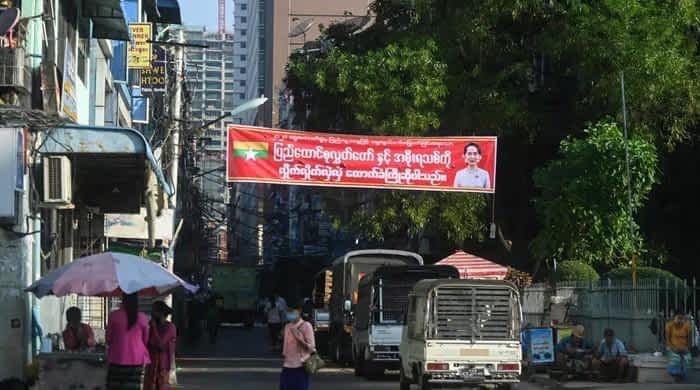 The UN Security Council began an emergency meeting on Myanmar Tuesday during which it was due to discuss a draft text calling for a return to civilian power following the country’s military coup.

The behind-closed-doors discussions, held by videoconference, started at 10am in New York (1500 GMT) and was expected to last two hours.

The text, drafted by Britain and seen by AFP, calls for Myanmar’s military to “immediately release those unlawfully detained.”

It would also call for the one-year state of emergency to be repealed and “for all sides to adhere to democratic norms.” The draft does not mention sanctions.

To be adopted, it requires the support of China, Myanmar’s main supporter at the UN and a veto power as a permanent member of the Security Council.

During the Rohingya crisis in 2017, China thwarted any initiative at the Council to meet on Myanmar or issue joint statements.

Swiss diplomat Christine Schraner Burgener, the United Nations’ envoy to Myanmar, was to brief the 15-member council on the latest developments at Tuesday’s meeting.

China had called for the discussion to take place in private, diplomats told AFP.

Britain, which holds the rotating Council presidency for the month of February, had long planned to hold a meeting on Myanmar this week, but brought it forward given the circumstances.

Watch: Aerobics teacher does routine, unaware of Myanmar coup taking place behind her

Suu Kyi’s National League for Democracy party won November elections in a landslide, but the military now claims those polls were tainted by fraud.

On Monday, UN spokesman Stephane Dujarric said: “What is important is that the international community speak with one voice.”

China’s foreign ministry called for all sides to “resolve differences.”

The last Security Council meeting on Myanmar was in September and was also behind closed doors.