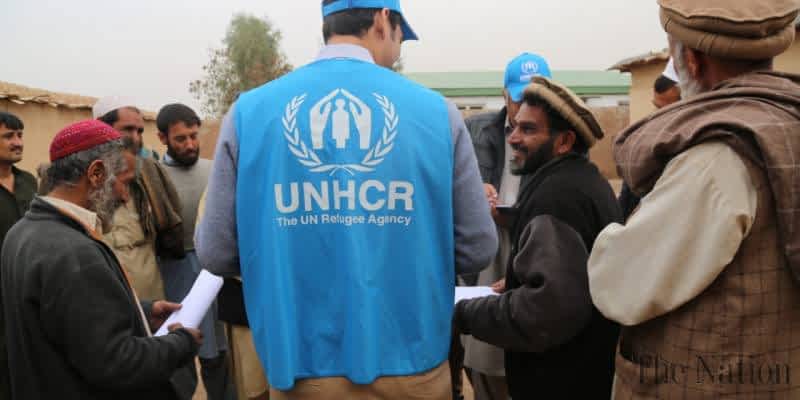 ISLAMABAD – United Nations High Commissioner for Refu­gees (UNHCR) would facilitate the biometric verification of the documents (smartcard IDs) of 1.4 million Afghan refugees from government during the current calendar year.

“UNHCR has a plan to facilitate the Afghan refugees (POR – proof of registration cardhold­ers) – by verifying and receiving new biometric documentation (smartcard IDs) from the Gov­ernment of Pakistan by 2021,” Revealed a docu­ment of UNHCR Pakistan.

The document revealed the UNHCR’s key plans for ensuring the betterment of the Af­ghan refugees during the current year through several initiatives relating to health, educa­tion, and others.

According to the report, (UNHCR) has a plan to facilitate around 58,000 Afghan refugees, living in Pakistan, to ensure their return home by 2021.

UNHCR would enroll 61,500 refugee children during the year 2021, providing them an access to primary education.

The children would impart education in 137 schools of 54 refugee villages set up across the country, said UNHCR Pakistan document added.

It is pertinent to mention here that Pakistan was hosting the largest number of refugees in the country as around 1.4 million were hailed from Afghanistan, it noted and said the UNHCR appreciated the compassion with which Paki­stan had hosted the Afghan refugees for the last four decades.

Over 40 million children vaccinated against polio