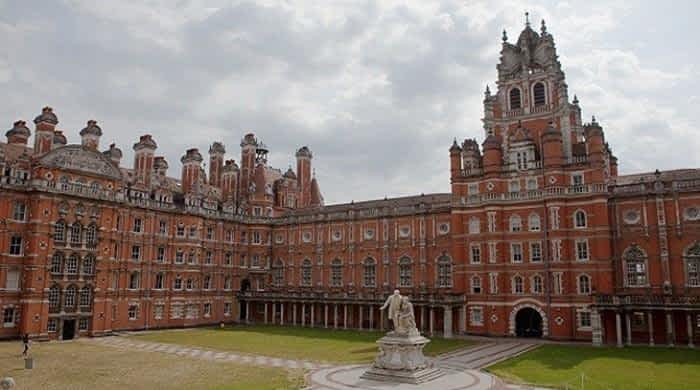 Due to confusions surrounding the online examinations schedule of the University of London (UoL), it is believed that around 40 per cent of Pakistani students enrolled in the UoL’s external LLB online programme have been marked failed in their exams, while the results of some of the students have been withheld for their assessment offence investigation.

The university admits that there had been some unavoidable disruptions this year because of the global health pandemic, but the administration stressed that they believe in a transparent procedure of exams.

According to the students, the UoL first postponed the written online exams of LLB from May to July and then rescheduled them again between July and August because the software used to conduct the online exams had crashed.

However, after the exams, the university administration delayed the results, which were supposed to be announced by the end of August or the start of September, but they were finally announced on October 16, and many students found them devastating.

“Almost 40 per cent of the international students of the UoL based in Pakistan have been marked failed in their exams, and a large number of students’ results have been withheld for their assessment offence investigation,” a student told The News.

The disappointed students claimed that the university has discriminated against them and been unfair to them while grading their exams. They have been demanding that their withheld results be announced at once because they don’t know yet if their academic year has been wasted.

The students also claimed that the UoL has not been cooperating with them and has been irresponsible in their conduct since the start of the COVID-19 pandemic, and now with many students marked as failed and the rest of them still awaiting their results, the entire situation has turned into a nightmare for them.

Muhammad Hamza said: “The UoL passed me in tort law, which is a difficult module, but withheld my results for the comparatively easier ones with absurd allegations of copying from book in an open-book examination. However, my answers were my own. I don’t know if I’ll pass or fail, or when they’ll announce my complete result. It’s so painful and traumatic.”

Areeba Sheikh said: “The grading of results has been very unfair and pathetic. I’m a topper and they failed me in one of my favourite modules, EU law, which is the easiest of all modules. This puts my academic year at stake, and since there are no re-sits this year, my whole year is going to be wasted.”

Maryam Rehman said: “I got a distinction in admin law, but the university declared me failed in property law. This was the worst form of checking and shows unclear criteria of grading. It’s taking a toll on my mental health, as I don’t know whether to celebrate a single distinction or mourn my failure in other modules. I demand a recheck, which shouldn’t be paid but free.”

Ahsan Amir said: “Last year I scored credits, merits and a distinction. I never failed. But this year they withheld my overall results, and all my module exams are under investigation now. I demand an immediate release of my withheld results. The UoL is playing with my career and future.”

Clarifying the university’s position, UoL Associate Director External Relations, Media & Public Relations Binda Rai said that a key priority for the university, which has provided access to study programmes across the world since 1858, is to protect the integrity of its academic award.

The statement shared by the director reads: “During this pandemic we have ensured that all our assessments have been independently double marked by examiners in the usual way to maintain both the rigour and fairness of our awards.

“The results of all assessments are subject to the University of London’s governance process, including scrutiny by external examiners and ratification by the Board of Examiners. This formal process has been duly followed this year, as in any other year.

“The university accepts that there has been some unavoidable disruption this year due to the global health pandemic. This forced the cancellation of face-to-face examinations that were scheduled pre-COVID-19 for May-June for undergraduate laws.

“The initial response was a move to online proctored examinations, with a view to releasing results in September, but this approach and schedule had to be revised due to technical problems in Pakistan and elsewhere.

“Within one week, alternative arrangements were in place for all 11,000 students in 100 plus countries to be assessed using the VLE [virtual learning environment].

“This approach required students to download the question paper, write their answers offline and to then upload the completed assessments within a three-and-a-half hour time frame. The results were released as soon as was practically possible, some 10 weeks after the final assessment.

“The university operates a fair assessment and grading system. Unfortunately, there will always be some students who are disappointed with their performance in assessments. We refute the allegation of discrimination. Each script is marked anonymously, and our examiners have no access to any information other than a candidate number. We consider each assessment submission on its merits alone.

“We can confirm that some results have been withheld for further review, and these will be released as soon as this process is completed, and where appropriate, students will be given the opportunity to respond.

“In preparation for the assessments, all students were reminded that all work submitted must be their own and expressed in their own words and include their own ideas and judgments and that submissions would be checked for originality.

“Here at the UoL, everyone involved in the assessment process has been highly mindful of the potential disruption to students this year, and we made alternative arrangements for assessments to take place for those students who did not wish to have them postponed and wait another year. In doing so we have acted in the best interests of our students at all times and will continue to do so.”

309 coronavirus patients are on ventilators across country: NCOC