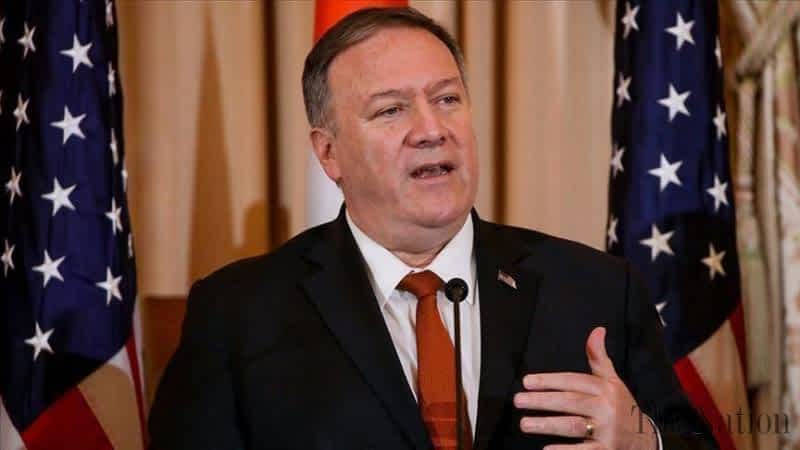 US Secretary of State Mike Pompeo on Saturday separately met with members of the Afghan and Taliban negotiating teams in the Qatari capital, Doha.

“Secretary Pompeo commended both sides for continuing to negotiate and for the progress they have made,” said Deputy Spokesman Cale Brown in a statement.

The meeting comes over two months after the landmark intra-Afghan peace talks between the Kabul government and the Taliban were launched in Doha.

The two sides are yet to reach an agreement on the agenda of the negotiations and a conflict resolution mechanism before the formal resumption of talks.

Also on Saturday, 23 rockets hit the Afghan capital killing eight civilians and wounding dozens. The Taliban said they had nothing to do with the attacks.

The top American diplomat “called for a significant reduction in violence and encouraged expedited discussions on a political roadmap and a permanent and comprehensive ceasefire,” according to the statement.

Pompeo also said Afghan people deserve to live in peace and security after 40 years of war that has claimed tens of thousands of lives.

Under the US-Taliban peace deal inked in February, the Taliban insurgents agreed to halt attacks on major cities and provincial capitals.

Playing for Pakistan has been my ultimate satisfaction: Hafeez