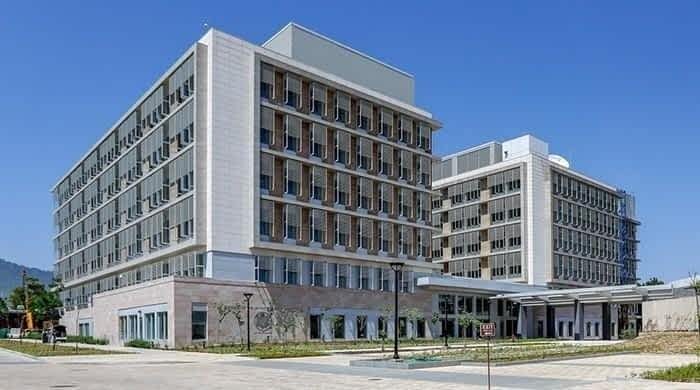 The building of the US Embassy in Islamabad Photo: File

The Embassy of the United States of America in Islamabad on Wednesday issued a public apology for  ‘mistakenly’ retweeting a political statement criticising the Pakistani government, Geo News reported.

Taking to its Twitter account, the mission clarified: “The US Embassy does not endorse the posting or retweeting of political messages. We apologise for any confusion that may have resulted from the unauthorised post.”

Several Twitter users had taken strong exception to the US Embassy’s Twitter account retweeting a political statement made by PML-N leader Ahsan Iqbal on Tuesday evening, the report detailed.

Commenting on an article by the Washington Post titled ‘Trump’s defeat is a blow for the world’s demagogues and dictators’, Ahsan Iqbal had taken a swipe at Prime Minister Imran Khan and written on the microblogging website that “We have one (demagogue/dictator) in Pakistan too. He will be shown way out soon. Insha Allah!”

Shortly after, the US Embassy’s Twitter account retweeted Iqbal’s statement, inviting a furious reaction and widespread condemnation from both Pakistani citizens as well as political figures.

Even though the embassy later deleted the tweet, Twitterati were quick to capture screenshots. Soon after, hashtags like #ApologiseUSEmbassy started trending on the micro-blogging platform.

“US Embassy still working in Trumpian mode in support of convicted absconder & intervening brazenly in our internal politics!” she wrote on Twitter.

Responding to the apology, she added that the explanation put forward by the  US Embassy is not convincing, adding that it is “unacceptable that someone working in the embassy is “pushing a particular political party’s” agenda.

Per the article, Sindh Governor Imran Ismail wrote that it was “utterly absurd” of the embassy to endorse derogatory remarks about PM Imran Khan, terming the move “against diplomatic protocols.”